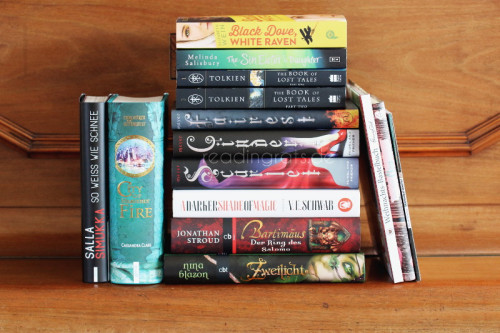 My first newbie post since May 2014. That’s probably a good thing since this means you didn’t really get to see how crazy I went last year. This year also started … well, it was my birthday in January, so what did you expect?! Since I’m lazy, I’m not going to talk about all the books I got in January but jump right into February.

With 15 books in total, two of which are only for my shelves, February was a decent month. I even managed to achieve my goal in the TBR Reduction Extreme challenge, because besides reading 12 first reads, I also got rid of a couple of ebooks I really wasn’t interested in anymore.