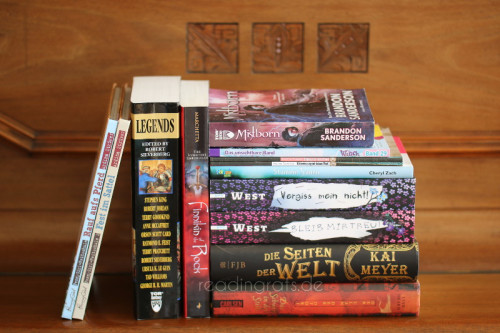 I did it! I really did it! I finished all the books that I’d started back in 2014. I’m still not used to seeing only two to three books in my currently reading section on Goodreads. It’s so weird. I can’t even remember the last time I’d read no more than three books.  It must have been at least over 18 months ago. Shocking since I used to read one book after the other when I was younger.