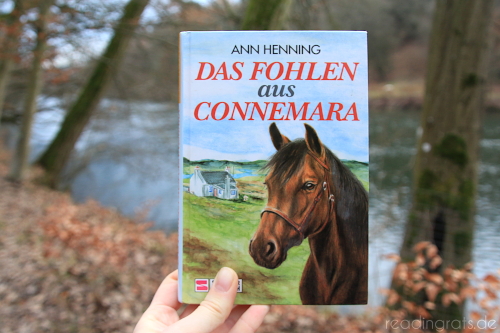 Marty MacDonagh’s glamorous Connemara pony mare is the supreme champion at Clifden Show. She is now expecting her first foal. But when the foal arrives, the cuaifeach is blowing – the wicked whirlwind, peculiar to Connemara, that wreaks havoc everywhere. The foal, like the cuaifeach, is spirited, mischievous and unpredictable. Marty soon finds himself in a state of exasperation as the unruly foal lands him in a series of embarrassing situations, traumatic to Marty but hilarious to onlookers …

Well, it’s actually quite alright! The landscape and cottage look vaguely Irish. However, when it comes to the horse, I have two issues: Number one, it’s looking a little too old for a pony that’s barely two years old at the most. Number two, I’m not sure what the foal is wearing. It’s neither a halter nor a bridle, so I’m confused.

This has been on my tbr since 2008, which is a little weird considering that’s the year I fell in love with all things Irish. Though, to be fair, I wasn’t a Connemara girl back then because I didn’t visit the first time I was in Ireland. It’s been on my reading list for four years now but it took me a very long time to finally get to it. The third book never been published in German and the difficulty to get my hands on a copy, makes up a huge part of the reason behind. I didn’t want to start the series before I knew I would be able to read all three books more or less back to back.

This is a weird book and I’m pretty sure I would’ve utterly disliked it if I had read it as a child or in my early teens. And here is why:

However, I liked the Connemara-ness of it all. Knowing almost all the places mentioned, this was an interesting read and it made me a little secondhomesick. Let’s see where this series is going. I hope the second one will be more on the light side. 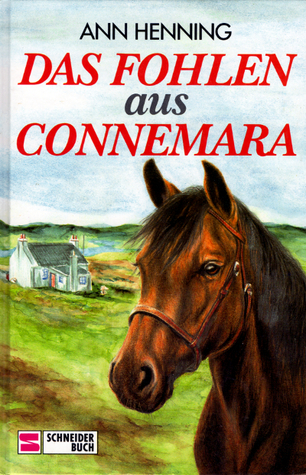 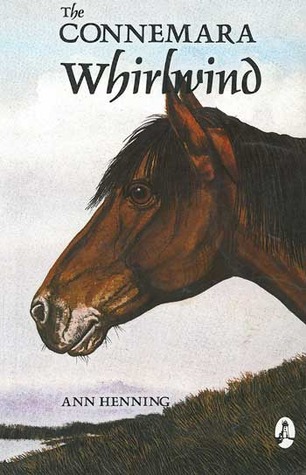