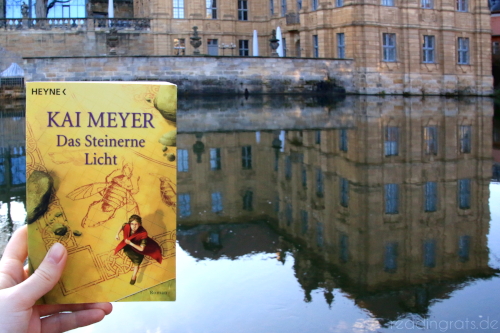 Evil forces have invaded Venice – the city that Merle and Serafin call home. Luckily, the two friends hold secrets that just might stop the pharaoh from destroying their ancient city.

Merle has within her the spirit of the Flowing Queen, a mysterious legendary force who serves as her guide. Indeed, the Queen’s voice has led Merle to Vermithrax, a winged stone lion. And together they are on a mission to Hell to enlist help from Lord Light. Meanwhile, Serafin remains in Venice. He’s joined a group of rebel boys who are plotting to assassinate the pharaoh. But can a group so small really kill the biggest, most powerful man on earth?

Though they follow separate courses, Merle and Serafin will both encounter unexpected betrayals and startling revelations. And together they learn that evil takes many shapes in the world of Dark Reflections.

If you have read my review for the first book in this series, you know that it’s one of my all-time favourites. Of the three books, however, the second one is my least favourite – which still means that I enjoyed reading it a lot; it’s just not as magical as the first and not as shocking as the last of the original trilogy. So, what attribute does this one get? Well, it’s quite horrific! Not in writing or structure, characters or plot. It’s the themes and topics addressed that had me shuddering more than once. Remember I called the first book dark? Well, this one’s all ‘hold my Waters of Venice’ and literally goes to hell! And hell is not a cosy place.

The plot picks up shortly after the events of the first book and like second books go, the characters are all scattered. Together with Merle, the reader explores more of this fantastical world. She’s on the run with the stone lion Vermithrax and the Flowing Queen. Their mission: to convince Lord Light, the ruler of hell, to help them fight the Egyptians taking over the world in general and invading Venice in particular. On their way, they witness horrific things and encounter the creepiest of beings. Well, the Egyptian’s mummy soldiers have to come from somewhere, and the creatures of hell are probably supposed to be twisted, murderous and gruesome. It’s a prelude to what they will find down below, because what comes next is right out of a horror movie. I had forgotten how horrific the Heart House is. Brrrrr. Once again, the worldbuilding is just a treat, albeit a pretty sombre one. And hell does not only hold many interesting concepts for the reader, but also a couple of surprises for Merle.

Back in Venice, things are not looking good either. With the Flowing Queen gone, the pharaoh has taken over the city. Things have heated up, there’s fighting in the streets and bloodshed is the order of the day. Serafin is on his own but soon stumbles into Arcimboldo’s ex-apprentices, who have decided to join the resistance led by the mysterious Lalapeja. No one knows her motives or who she really is. But since Serafin doesn’t have anything better to do, he joins up, even though he’s wary about their plan to assassinate the pharaoh surrounded by his sphinx guards and head priest Seth. And he has reason to be wary, especially when secrets are revealed about Venice that are of unfathomable magnitude (also quite literally). That’s one of my favourite things about this series, how all aspects so neatly click together and always mange to surprise.

While I love both Merle and Vermithrax a lot, I really can’t stand the Flowing Queen. Damn, I’m not sure whether I’d forgotten, suppressed or not caught on back on my previous reads, but she’s such a bitch! She never really tells Merle anything, she’s taking over her body without consent and she always has to have the last word. How Merle manages not to go completely berserk with her in her head, I really don’t know. Serafin is just Serafin. He’ll forever be my first fictional crush and he worrying about Merle is so sweet. Junipa, though. While I love her relationship with Merle, I never warmed up to her on my previous reads. I’m always a bit wary of her, also not without reason. Of the new characters introduced, I love Lalapeja the most. She’s actually one of my favourites in this series. Seth is mostly a power-hungry antagonist and Winter the lovable weirdo. This book, however, knows how to crush its characters. The ending is leaving them all in a dark place, devastated for some reason or other. 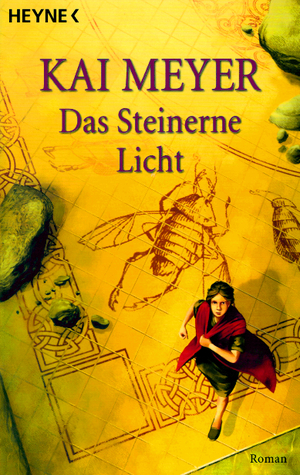 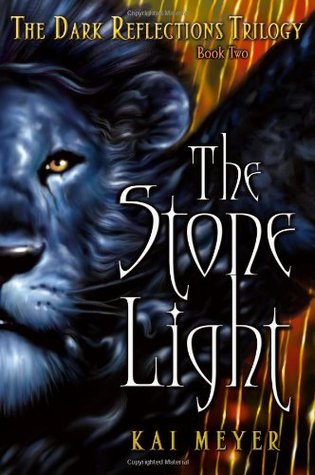