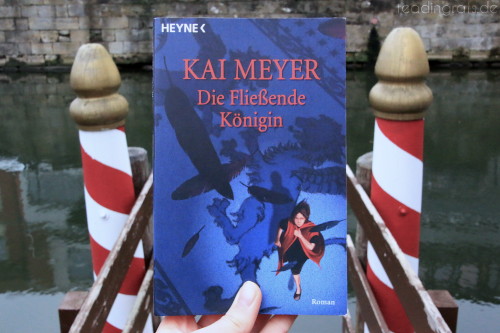 In Venice, magic is not unusual. Merle is apprenticed to a magic mirror maker, and Serafin – a boy who was once a master thief – works for a weaver of magic cloth. Merle and Serafin are used to the mermaids who live in the canals of the city and to the guards who patrol the streets on living stone lions. Merle herself possesses something magical: a mirror whose surface is water. She can reach her whole arm into it and never get wet.

But Venice is under siege by the Egyptian Empire; its terrifying mummy warriors are waiting to strike. All that protects the Venetians is the Flowing Queen. Nobody knows who or what she is – only that her power flows through the canals and keeps the Egyptians at bay. When Merle and Serafin overhear a plot to capture the Flowing Queen, they are catapulted into desperate danger. They must do everything they can to rescue the Queen and save the city – even if it means getting help from the Ancient Traitor himself …

There are books, and then there are books. You know, the ones that have turned into part of your DNA. This is one of mine, so it’s simply impossible for me to write an unbiased review. Instead, I give you my rave-y ramblings on the first instalment of one of my all-time favourite series. ‘Tis is a fantastical, multilayered and gorgeously written tale about a Venice of mermaids and living stone lions, of magic mirrors, mysterious queens, Egyptian necromancers, and hell. A story of friendship, solidarity, courage, love, and sacrifice. Prepare to fall in love – and get your heart ripped out by the end of this series!

I still remember one of my friends raving about this series (and Serafin in particular) when we were in sixth grade. I’m forever grateful to her she made me read it. Even though I don’t remember much about that first read, it made Kai Meyer an instant favourite author and Serafin my very first fictional crush. I was amazed how much I remembered the instant I started reading, even though I’d only read it twice before. It just came back to me, all the memories falling into place – including the more obscure names of some of the characters. It felt like coming home and like I’ve never truly been away. The world, the characters, the language, the writing – this is my kind of cosy. And it’s brilliant! There are so many passages I had to jot down because they were written so beautifully. However, one thing did surprise me: the darkness of it all. I remembered this as MG, probably because I first read it when I was twelve, but it’s definitely YA. The themes and topics addressed, the fate of some of the characters, and a couple of the creatures are all somewhere between dark, scary, and depressing – but I love it!

The world building is a treat! There is a boundless well of ideas, concepts, and details that makes this Venice so very real yet utterly fantastical. Whether it’s the many kinds of supernatural creatures (mermaids with huge mouths full of sharp teeth, powerful living stone lions, disjointed and ugly beings from hell, necromancers and their mummy soldiers, or the mysterious liquid presence protecting the city aka the Flowing Queen), or the lingering magic,  eyes made from glass, and mysterious mirror images of a city that’s not really there in the canals, it’s a place I love to be – as long as I don’t have to be part of it, because, as I mentioned, it’s daaaaark.

The characters are very dear to me. Merle is just an ordinary girl – well, as ordinary as one can be as an orphan in a magical Venice – but she’s courageous and fiercely loyal. It’s easy to relate to her. I love her relationship with Junipa, who becomes her close friend and whom Merle is very protective of. Well, and then there’s Serafin, everyone’s cheeky master thief heartthrob. He’s a cinnamon roll deluxe and I adore the soft relationship that develops between him and Merle. And then there’s old Arcimboldo with his secrets (which are very troubling), and Unke with her secrets (which are very sad), and the Flowing Queen (who basically just is a secret), and Vermithrax (who, if I remember correctly from the upcoming books, is pretty much the only one who doesn’t have secrets. He’s just misunderstood. And sad. And lonely), and the other apprentices (who range from lovely to incredibly annoying). Truly a lovely bunch.

Oh, this series just makes my heart sing. It will forever be one of my favourites. Can’t recommend it enough! 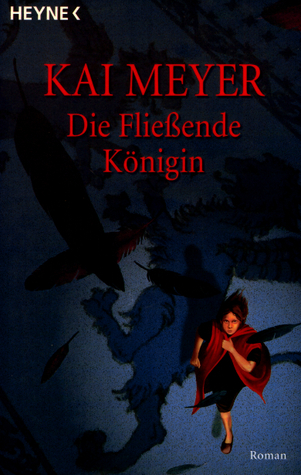 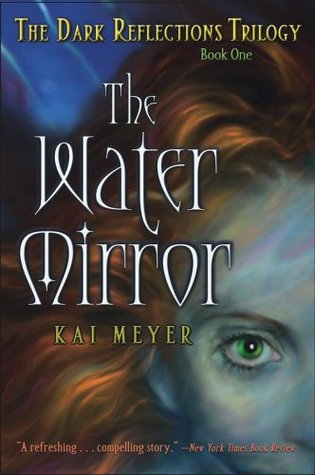 Dark Reflections, Historical Fantasy, Kai Meyer, Merle, Rating: 5, YA
« Review: How to Be Irish
The Happy Place Five #1: Books That Kept Us Afloat in 2020 »