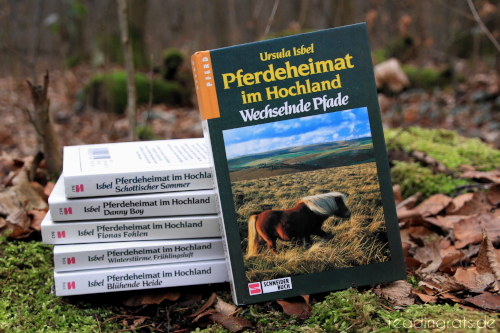 A shetland pony walking across a meadow. It’s alright, though it doesn’t scream November to me – especially not the one depicted in the novel. Some mist, storm clouds, or first snow would have been nice.

It’s been a while since I picked up the last book (mostly because it took me ages to write that review) but I was immediately back and swept away – and I loved every second of it! I don’t remember whether I liked this series this much the first time I read it, but it most certainly has become an absolute favourite of mine this time around.

Ready for the next instalment in our favourite horsey Highland soap opera? Strap in, because this one has a lot going on – and going for it! I pretty much had tears in my eyes throughout. Not because it’s particularly sad, but because it’s particularly perfect! So let’s dive in, revisiting our established plotlines: the relationship between Laurie and Danny and the family feud – with the usual dash of social criticism.

There’s also a new addition to the The Laurels family: Jessie, a school girl who loves horses, starts to help out at the farm. Just in time, since Laurie can’t do much in the aftermath of her riding accident. Laurie is both glad to have her there but also feels a bit worried she’ll become superfluous. And then, ladies and gents and enbies, the secret star of this book: the atmosphere! I can’t even put into words how deeply connected I felt to this book. November in the Highlands, November on The Laurels – that huge messy house with its ragtag crew of characters. It doesn’t get much better than this. 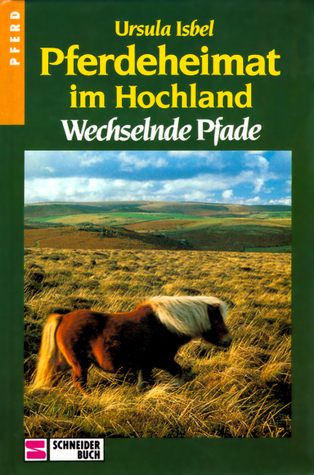