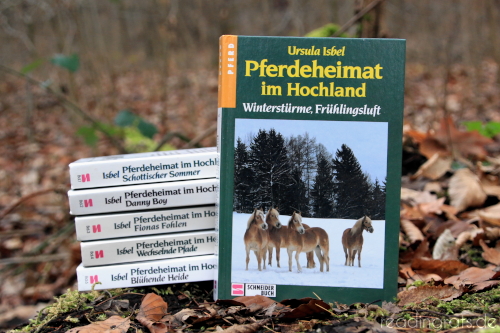 The Cover (and Title)

Horses in the snow. That would be a quite fitting image if only it weren’t four Haflingers. I’m pretty sure there is not one of them in the herd at The Laurels. The title is also quite fitting and already hints at the one thing that really didn’t work for me in this book – the immense time jumps.

Well, the progression of this reread was too good to be true. After the high of the fourth book that had me in tears for being so perfect, this one left me rather disappointed. It might be my least favourite of the series (though I haven’t reread the sixth yet and never read the seventh, so I might be wrong).

Though it didn’t blow me away, this one was still an ok read. Why didn’t I love this book as much as the others that came before? Unfortunately, it felt too disjointed. While the previous books covered roughly two weeks each, this one takes on about five or six months! Yes, you read that correctly. Such massive time jumps can’t possibly turn out well and they didn’t. There’s so much going on in this one, it felt like an episodic episode of our favourite Highland horse soap. We’ve got

I was really sad that there wasn’t a Highland Christmas in this book. That could have been rather magical. Then there’s Jessie, the on-again-off-again help who’s rather absent most of the time. I’m not quite sure why she was introduced at all since she’s barely in these books. Furthermore, there’s some change at the stables with one horse leaving and two new coming in. 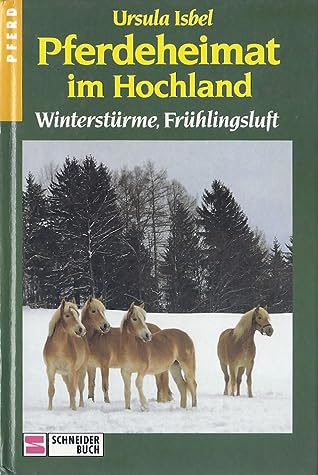