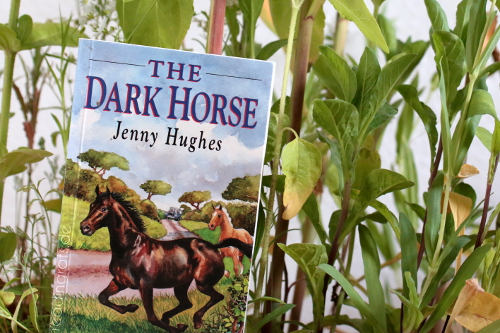 The trouble with Tanglewood – a financial nightmare, putting the stables and the spirited thoroughbred, Toshak, at risk. The troube with Liz – she just won’t give up.

Liz and Darren, closer now than ever before, start a bizarre treasure hunt. The stakes are high, and the rewards …

I love illustrated covers, especially when they are true to the story. This one shows a scene from the book, and hey, for once, the colour of the horse is correct!

I was introduced to Jenny Hughes via the PonyClub, a horse themed subscription box service/publisher. However, we’ve got a rather mixed track record – the fourteen books I’d previously read ranging from one to five star reads. The ones I liked were pretty great, though, so I started buying the books that hadn’t been published in German. This is one of them, and I’m so very glad I did!

I loved it! I haven’t read a horse novel I enjoyed this much in ages, pretty much due to it being rather unconventional and down-to-earth.

The best part: the stellar characters! Protagonist Liz is by no means one of those boring Mary Sues, which in horse novel land are those that learn to ride in a mere couple of weeks and ace anything the adults utterly fail at (although, admittedly, it’s the teens that solve the puzzle, but they do it together). No, she’s got average looks, average cleverness, and it took her six years to become a decent rider who knows she still has a lot to learn. And she’s got a best friend, Sasha, who’s very pretty, very brainy, and not at all into horses. Blasphemy! Their friendship is so refreshing, especially, since Sasha nevertheless plays a vital part – and also tries to set up Liz and Darren. There’s actually not much to say about him. He’s like pretty much 95% of all friendly males in horse novels. Just like the antagonist is like 95% of all horsey antagonistic characters.

The story itself relies on two horse novel tropes – or make that three: financial difficulties, the possible solution to this problem – in this case, a riddled inheritance -, and a mean rider who has to put in his place – preferably by winning an important competition. Nothing new, but it all came together beautifully, it never got boring, and it also never got too crazy. This, coupled with the light and fun tone that had me laughing out loud quite a couple of times, made this a really enjoyable read. 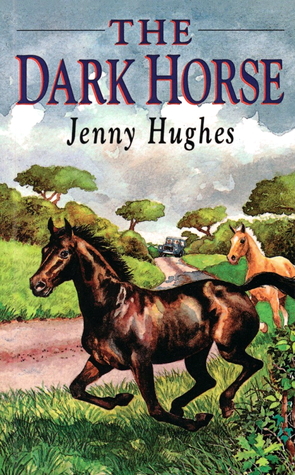