Review: A Drop of Night 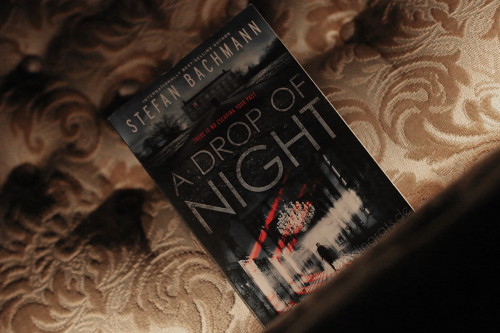 A Drop of Night
Stefan Bachmann
Standalone
YA • Mystery • Thriller

Seventeen-year-old Anouk has finally caught the break she’s been looking for—she’s been selected out of hundreds of other candidates to fly to France and help with the excavation of a vast, underground palace buried a hundred feet below the suburbs of Paris. Built in the 1780’s to hide an aristocratic family and a mad duke during the French Revolution, the palace has lain hidden and forgotten ever since. Anouk, along with several other gifted teenagers, will be the first to set foot in it in over two centuries. Or so she thought.

But nothing is as it seems, and the teens soon find themselves embroiled in a game far more sinister, and dangerous, than they could possibly have imagined. An evil spanning centuries is waiting for them in the depths. . .

A Drop of Night held many surprises: it wasn’t at all what I expected; it got my giddy, thrilled, and for most parts glued to the pages, and it left me quite unsatisfied. Nevertheless, I really enjoyed it, since most of the flaws only occurred to me afterwards.

When I picked up this novel, I expected a thriller set in an underground palace alternating between the present and the past, namely France during the French Revolution. Thrillers aren’t usually my cup of tea, so I don’t even know how I ended up buying this. It must have been the promise of alternating timelines and a breathtaking setting. Well, those two elements are definitely in there; however, this novel is a melting pot of genres: historical fiction, thriller, fantasy, horror – you name it. It’s a pinch of Marie Antoinette here, a little Frankenstein there; add some Hunger Games and Resident Evil in the mix and enjoy! It’s weird but also a lot of fun.

The setting is fantastic. A mysterious underground palace in the style of late 18th century France rigged with deadly traps and peppered with a couple of rather uncanny inhabitants – oh, I loved the lush opulence paired with icy cruelty and the resulting dense and oppressive atmosphere of the novel. Nevertheless, it could have been even bloodier for my taste.

The plot is straightforward. There were some interesting and surprising revelations, but they never affected the plot. Unfortunately, the lack of unexpected twists and turns resulted in me losing focus towards the middle. In the beginning, I was thrilled and glued to the pages, but when the middle part hit some lengths, the whole novel lost momentum, which meant less adrenaline, more time to start thinking everything through and realising that there are definitely a couple of flaws, such as …

… the insertions from the past. They were fascinating in the beginning to set up the mysterious air of the palace and in the end to uncover the truth. In the middle, however, they were pretty boring because poor Aurélie was stuck in her room trying to escape, which didn’t further the story. It would have been fun if we could have seen more of the palace through her eyes.

… the characters. While I loved the main character, Anouk, being all cold and snarky and bitter and angry, I couldn’t get a grip on the other teens. Although they are all introduced with what they look like and how they behave to give them some personality traits, they stayed superficial throughout the novel. The reader never truly gets to know them, no matter whether they share their stories or not. And I have to admit that I had trouble keeping the guys apart because I found two of them being quite similar.
The rest of the characters are also rather nondescript. You get to know their agendas in the very end, which gives away so much potential. It would have been even creepier knowing their crazy motives while the characters are fighting for their lives. Most of them also play too little a role to make an impact. They are like ghosts: mostly invisible and rather hard to grasp.

… the ending. It actually had me quite disappointed. It felt rushed. Too much was revealed, too much happened in too short a time. While I always felt that the stakes were high, I didn’t quite feel it in the end anymore. Some more of a cat and mouse game, some more casualties, some more danger and desperation towards the end would have been quite nice. 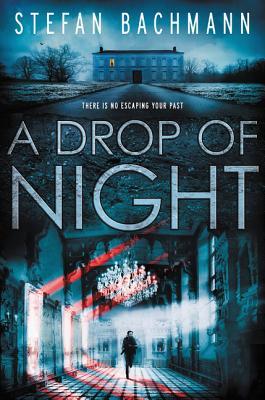 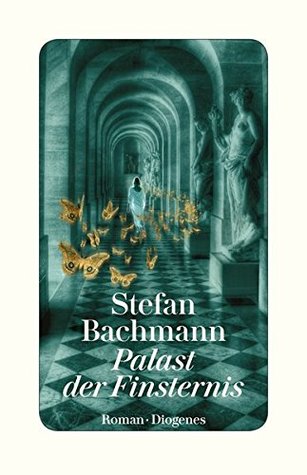