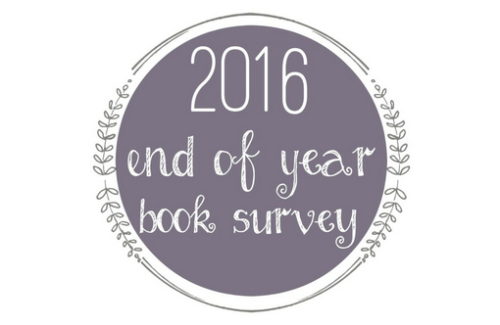 Number of books I read: Work-related + Private = 32 + 54 = 86
Number of rereads: 4 [my personal low]
Genre I read the most from: Contemporary [never thought this would happen]

Please keep in mind that I work for a publisher and, as stated above, read a lot of their books. So it’s bound to be quite a couple of them in here. But this is still my personal non-professional opinion.

Let’s split that up a little [only counting first-reads]:

The Rose & the Dagger (The Wrath & the Dawn, #2) by Renée Ahdieh
I adored The Wrath & the Dawn and had high expectations for TR&tD. There were some rather cool twists, but all in all, I was rather disappointed and not interested in quite a lot of plot points.

Harry Potter and the Cursed Child by J.K. Rowling, John Tiffany & Jack Thorne
Nope, not going to call it the 8th book in the series – because, no. Well, maybe I shouldn’t have been surprised. It was everything I feared for when I found out Harry didn’t die at the end of #7 (yes, I wanted him to die). But I am surprised. Mostly at how much it stole from the A Very Potter Musicals.  As a non-canonical fanfiction, this is quite entertaining, as canon, it is a nightmare.

My job is to push books on people, which they then read and review – so all of the Magellan titles!

A: Awakening (Monstress, Vol. #1) by Marjorie Liu & Sana Takeda
The art is so amazing! I want to frame every single page and put them all on the walls for me to gaze at. Wouldn’t get much else done.

C: “Something Old, Something New” from Stars Above (The Lunar Chronicles, #4.5) by Marissa Meyer
So much gushing involved!

Mario Fesler. So much dark humour. So much empathy. Can’t wait for the next!

7. Best book from a genre I don’t typically read

Kuschelflosse 1-3 by Nina Müller
Working for a children’s and YA publisher means that you also read books you normally don’t have any reason to pick up. The adventures of Kuschelflosse [Cuddlefin] and his friends are books for children age 4+, so I would normally consider myself a little too old for them, but they are very entertaining with lots and lots of fun details. My favourite scene was the fish finger labyrinth (yes, that’s a thing. Yes, that’s just as awesome as it sounds).

Well, I didn’t read any book that completely fits the description. The one coming closest is Don’t Get Caught by Kurt Dinan, which I enjoyed much more than I initially thought I would. A mysterious chaos club wreaking havoc and a battle of pranks with a group of interesting characters make this a thoroughly entertaining read.

Probably Neverwhere by Neil Gaiman, based solely on that I listened to the audio drama and have a beautiful hardcover copy illustrated by my fave Chris Riddell that yearns to be read.

Hamilton – Although he’s not really a character, since he’s a historical figure. Still, the musical became the soundtrack of my year and since I read the script, I feel like I can name him here.

Dead Ends by Erin Jade Lange. That book drove me mad and I itched to shake the protagonists so badly! That made it a kind of uncomfortable read for me, because I really couldn’t deal with my feelings, mostly anger at the situation and the characters – which wonderfully drove the point home, since the protagonist has anger management issues.

And I can’t quite believe I actually read them, considering that they’re boring as hell and have one of the most insufferable protagonists I’ve ever had the misfortune to come across: Siege & Storm and Ruin and Rising (The Grisha, #2 & #3) by Leigh Bardugo

Copy-pasting last year’s answer: Err, sorry, but I don’t add my quotes to GR and my handwritten notes are a mess, so I have no idea.

Harry Potter and the Cursed Child by J.K. Rowling, John Tiffany & Jack Thorne
Simply because it exists, but even more so because of the way the trio was depicted.

Weirdly enough, I don’t really have a new one (and that’s saying something, I’m a massive shipper!). There’s still Shazi and Khalid (The Wrath & the Dawn by Renée Ahdieh), Prudence & Quesnel (The Custard Protocol by Gail Carriger), and Isis and Duncan (Die Seiten der Welt by Kai Meyer). Apart from them, there were a couple of cute couples in the contemporaries, but none that blew me away.

20. Favorite book I read in 2016 from an author I’ve read previously

Saving Francesca by Melina Marchetta
Apparently, Melina has a subscription for this section.

21. Best book I read in 2016 that I read bases SOLELY on a recommendation from somebody else/peer pressure

I never read books solely based on a recommendation and most certainly not solely based on peer pressure. If there’s not at least something about the book that piques my interest, I’m not going to waste any money on it. And I don’t consider the books I read for work to fall into this category although I probably read most of them solely because it is part of my job.

Um, I don’t have any? (It truly must have been an awful reading year if it hasn’t introduced me to at least one new fictional crush.)

Lizzy Carbon und der Klub der Verlierer (Lizzy Carbon, #1) by Mario Fesler
Are you tired of hearing that title yet? But hey, it’s certified – sort of! It’s one of the three titles nominated for the most important German prize for youth literature in the category New Talents.

Every Last Word by Tamara Ireland Stone
This book is so me. I’m not suffering from OCD but as a HSP I sometimes have similar issues and I could really relate to Sam. When everything’s too much for me, I also find solace in writing – not poetry, just the thoughts and the feelings that come to my mind. So Sam’s story really touched me and also completely broke me into pieces.

Harry Potter and the Cursed Child by J.K. Rowling, John Tiffany & Jack Thorne
I could rant about this for days …

That would be Gemina (The Illuminae Files, #2) by Amie Kaufman & Jay Kristoff. I loved Illuminae to pieces, but didn’t manage to get to Gemina right away. I have rather high expectations, so let’s see how this will turn out. [Unfortunately, I didn’t like it as much. It was rather average, especially since the plot was so similar to Illuminae.]

I’m not that much into comics but I love the Monstress series, so of course I can’t wait for The Blood (Monstress, Vol. #2) by Marjorie Liu & Sana Takeda to be published! [And I read it as soon as I got my hands on it!]

I think the book I’ve been most anticipating is The Tiger’s Daughter (Their Bright Ascendency, #1) by K. Arsenault Rivera. Unfortunately, I’ve already heard not so good things about it. I really hope I’ll enjoy it anyway.

Lizzy Carbon und die Wunder der Liebe by Mario Fesler [And since I’m writing this after reading it, I can tell you that I loved it! This series is simply amazing!]

5. One thing I hope to accomplish or do in my reading/blogging life in 2017

Um, … I really hope I’ll accomplish refraining from making any promises or setting any crazy goals. I just never stick to them.

6. A 2017 release I’ve already read and recommend to everyone

I have read a couple of 2017 releases due to work, but I have to cheat a little, since my favourite originally came out in 2016, the German edition, however, in January 2017. Anyways, I really enjoyed Suffer Love aka Liebe ist wie Drachensteigen by Ashley Herring Blake. I cried a lot!