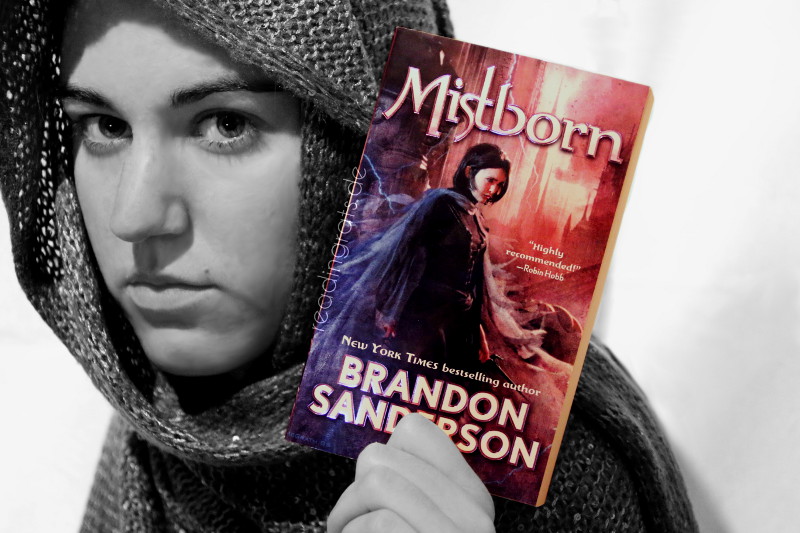 Nope, I haven’t finished Outlander yet. I’m far from it. So why am I here with yet another currently reading post? Well, because it’s time for #25hSanderson! Crini and Elena are hosting their first event in the A Year of Reading Brandon Sanderson challenge, which is a 25h read-a-thon starting in half an hour! You don’t need to participate in the challenge to join in the fun. Just grab the closest Sanderson book, head over to Crini or Elena to sign up and get going! There will be a couple of optional tasks and questions, so stay tuned. I will post my updates down below. Oh, and of course there’s a twitter hashtag: #25hSanderson.

So far, I haven’t taken the challenge seriously so I better redeem myself today. Of the four novels on my TBR, I decided to pick up Mistborn: The Final Empire, which has been on my pile for almost 1 1/2 years now. I really hope I’ll love it as much as everyone else does. Well then, now I got half an hour left to prepare myself a pot of tea and think about the best possible way to take a picture for this post.

Which book are you going to read and why?

As I already mentioned, it’s Mistborn: The Final Empire, pretty much because two of the other books I own are Mistborn 2 & 3 and the other one’s The Way of Kings. I’d rather start a series I can finish without having to wait for the next book, so it wasn’t really difficult to decide which one it would be.

I just made my second pot of tea (this time green tea with lemon flavour after last time’s English Breakfast – you see, I really want to stay awake as long as possible) and will now give you a short update before hopping back into my book.

I’ve read only 84 pages so far because I’m incredibly slow today, but I’m really enjoying myself (maybe a little bit too much since I can’t stop smiling). I’m getting quite excited and the novel and its characters are growing on me – which makes me a little afraid because Crini told me I will cry my eyes out. I fear for the worst!

Good morning everyone! Just woke up at around 12:15pm. Yes, I totally slept in. I knew I shouldn’t have drunk all that green tea. I’m still getting tired but when I try to sleep, I’m so on edge that I just can’t. So instead, I got up again after two hours because I just HAD to draft what the Mistborn cloak looks in my mind. I really want one of those. I’m saying that so often when I see or read about costumes that I have a really long list. My top priority: becoming Lyanna Stark (without the dying part, of course). It will happen someday but so far, I only ever finished two things: A skirt and a Little Red Ridinghood cloak. But well, here it is: 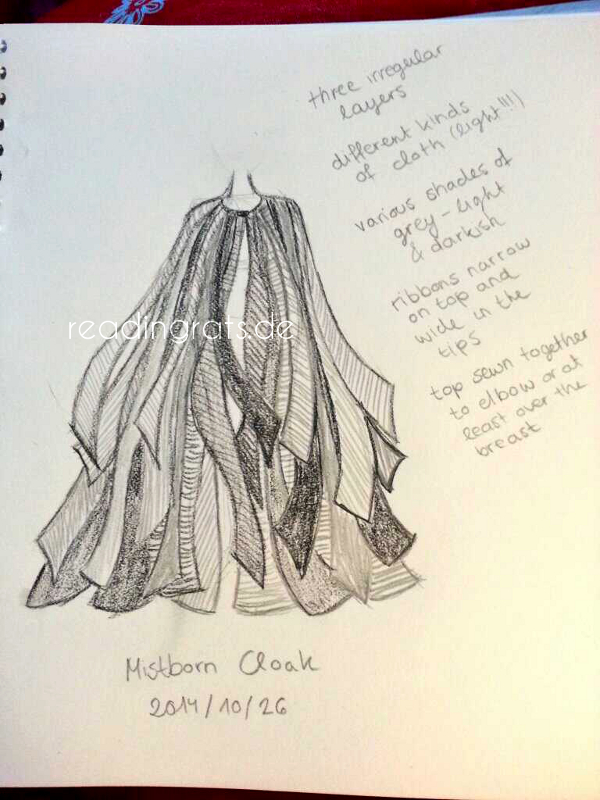 By the way, I managed to get to page 128 yesterday night and I’ll start reading as soon as I’ll finish this post and make a new pot of tea.

Actually, I didn’t read much. Instead, I started a new sewing project because I want to get some more practice before I’m going to make my Mistborn cloak. And just when I came back, I had a question to answer that took me about two hours – and that was only half of the task!

Who would you cast as the main character(s) in the book?
I’m really bad in casting book characters because somehow, the characters I read about don’t have distinct faces in my head. They have a body, clothes, hair, and eyes or other features, but their faces in their entirety are kind of … I don’t know how to describe it. I have an idea of what they look like but I couldn’t put it down in words or a drawing. However, it immediately clicks when I see a certain person that looks just like ‘my’ character. And this is what happened today.

First, I wanted to get some inspiration on Youtube, but to my great astonishment, there are no Mistborn fan cast videos up there. Then I tried Google but couldn’t find the right person for Vin. There was an image of young Kristin Kreuk that caught my attention but I wanted someone closer in age. So I went on imdb and got through the lists of actors born in 1998 – all those that would be sixteen now. It didn’t klick but I didn’t want to give up. Fortunately, I also went trough the 1999 list and when I got to Courtney Rose (of whom I’ve never heard but that doesn’t matter at all), it just clicked. She looks just like my Vin – and everyone on Twitter totally agreed: 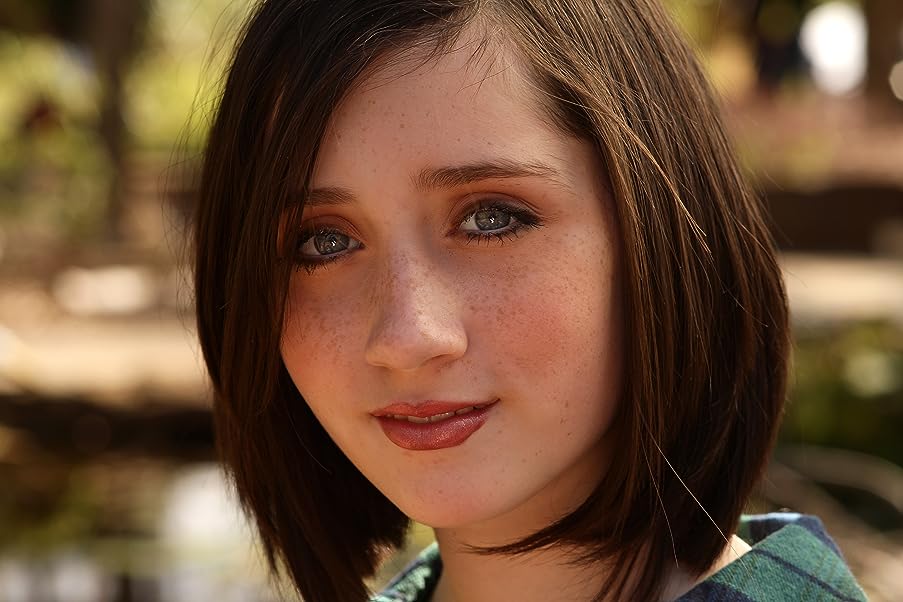 In the end, I decided to stop there, because I would never find my Kelsier in such a short time and I wanted to get some more reading done

All in all, I managed to read 203 pages and I’m really happy about it. That’s a really good start!

Did you enjoy your book? Any plans on reading another one soon?
Hell yeah! I was grinning from ear to ear while reading most of the scenes, which always signifies that I’m totally in love with what I’m reading. Hopefully, I’ll stick to it. Somehow, books I love always end up for ages on my currently reading shelf (e.g. A Storm of Swords which I was reading on and off for about a year!). Naturally, I’ll continue the trilogy after that and then – well, there are more than enough books to keep on reading.

This was so much fun and I hope we’ll do it again soon!