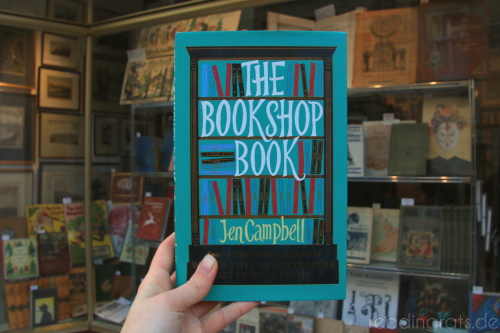 Every bookshop has a story

From the oldest bookshop in the world, to the smallest you could imagine, The Bookshop Book explores the history of books, talks to authors about their favourite places, and looks at more than three hundred weirdly wonderful bookshops across six continents. (Sadly, we’ve yet to build a bookshop down in the South Pole).

This book is a love letter to bookshops all around the world.

A book about bookshops – what could possibly go wrong? Apparently, more than I thought. In the end, it left me pretty disappointed. It was too UK-centric, too jumbled, too repetitive, and sporting some outrageous omissions.

I did enjoy this book in the beginning. The UK bookshops are varied and presented in great detail. It was fun reading about those I’ve been to and those I now would love to check out in the future (although unfortunately, this book does not hold up very well, RIP Foyles). Maybe the author should have stuck to the UK and just written a detailed account of the shops there because as soon as we leave that country, the book becomes a letdown. There are only a small number of shops presented in the other sections and some of the selections are rather weird. Take Ireland and Germany, for example, the two countries of which I have some knowledge.

Let’s start with Ireland. There are exactly two shops that get teensy tiny sections: The Winding Stair in Dublin and Kenny’s in Galway. But what about my favourite ones? What about Charlie Byrne’s in Galway and Chapters in Dublin? Two beautiful indie bookshops, the former carrying a mix of both new and second hand books in various rooms on different levels all stuffed to the ceiling with shelves and shelves of books, the latter having two huge floors, one dedicated to second hand and one dedicated to new books, a perfect place for bargain hunters (the amount of books I carry out of there each time I visit is INSANE). There’s also the very cute The Clifden Bookshop carrying lots of fiction on Ireland in general and Connemara in particular. And a shout out to Hodges Figgis would have been nice, too, although they now belong to Waterstones. And that’s only some of the shops in the three cities I’m vaguely familiar with.

And don’t even get me started on Germany because that section is a mess! Germany is one of the biggest book markets in the world and about 90% of our bookshops are independent (according to the 2017 data from our book market lobby). Naturally, you can’t name all of them, but there are some that would lend themselves perfectly to a book like this. Like, for example, Dussmann in Berlin, which is HUGE and has a proper English bookshop attached to it (but there are so so many other great shops in Berlin alone!). But instead, we get a very weird selection of shops. The one that had me scratching my head the most was Hugendubel, Stuttgart. Firstly, Hugendubel is a chain; secondly, if you name a Hugendubel shop it should probably be the one at Marienplatz, Munich, which, in my eyes, is their flagship (at least it was before they were almost forced out of the building and had to downsize). If you want to pick a shop in Stuttgart (and once again focus on the big fish – there are some wonderful/interesting smaller indies, like Erlkoenig dedicated to LGBT+ literature) then that would be Wittwer (which now belongs to another chain, Thalia, but was indie back when the book was written). Just – a little more research would have been nice.

And then there are the structural issues. It’s really jumbled. There are the bookshop portraits, every single one focusing on different aspects, some more on the history of the shop, some more on the owners, others on the interior design or customer experiences. There are bookish facts, which are nice, but don’t have much to do with bookshops. There are the Some Wonderful Things sections that are basically very short juicy facts on a number of bookshops that didn’t get their own paragraphs grouping together different countries. There are author interviews, which could have been nice but instead of focusing either on their formative bookshop experience or their all-time favourite shop (if you would like to know how that might have looked like, here’s my post on my formative bookshop), they address all matter of things and ended up quite repetitive because a lot named the same big shops over and over again and shared similar experiences. I actually did like those interviews the least. And all those sections are thrown in together without a proper structure.

Still, I will keep this book, if only to check back every couple of years to see how our bookshop infrastructure develops.

Btw, this picture was taken in front of Antiquariat Lorang [Antiquarian Bookshop Lorang], Bamberg, Germany. They have tons of really old books and really lovely rooms that make you feel good and want to go book hunting forever. Unfortunately, when I went out to take this picture, we were on lockdown so I wasn’t able to get some snaps from inside. 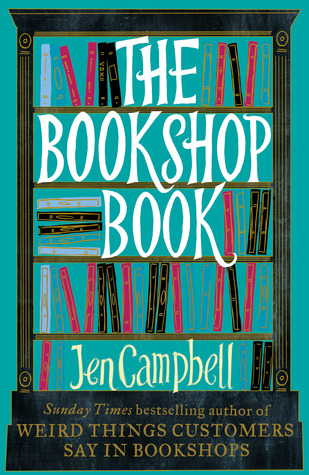