Review: The Ballad of Songbirds and Snakes (The Hunger Games, #0) 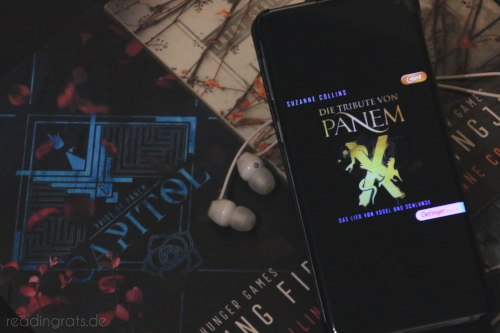 Ambition will fuel him. Competition will drive him. But power has its price.

It is the morning of the reaping that will kick off the tenth annual Hunger Games. In the Capitol, eighteen-year-old Coriolanus Snow is preparing for his one shot at glory as a mentor in the Games. The once-mighty house of Snow has fallen on hard times, its fate hanging on the slender chance that Coriolanus will be able to outcharm, outwit, and outmaneuver his fellow students to mentor the winning tribute.

The odds are against him. He’s been given the humiliating assignment of mentoring the female tribute from District 12, the lowest of the low. Their fates are now completely intertwined — every choice Coriolanus makes could lead to favor or failure, triumph or ruin. Inside the arena, it will be a fight to the death. Outside the arena, Coriolanus starts to feel for his doomed tribute … and must weigh his need to follow the rules against his desire to survive no matter what it takes.

I’m not quite sure what the point of this book is apart from milking the Hunger Games cash cow. I must admit that I was a mite interested when it was first announced – not because I wanted any kind of additional book, but I have a very tight knit bond with this series. After all, I kind of owe it my bachelor’s degree. When I found out it was about Snow, however, that mite almost died down entirely and I became extremely wary. Well, I wasn’t wrong. Looking at it as a recreational reader, this book is pretty average. There’s hardly a plot, the characters are flat, and some elements were downright frustrating. Looking at it as a literary scholar, though, it made my heart soar and my fingers itch above the keyboard to dissect it. There might be a weird analysis in the future – if I can convince myself to invest the time. For the meantime, let’s just review this.

I’m pretty sure you caught that I didn’t particularly like this book. Granted, there’s a good dash of nostalgia, I was never bored or felt like it dragged, and it’s in general a quick read (or in my case, listen). However, it had me scratching my head a lot wondering where all of this was heading. The plot was a mystery to me, I just couldn’t figure out what this book was intended to do: Give a different perspective on the games? Humanise or dehumanise Snow? Even after finishing, I was quite at a loss – my literary scholar brain has made up its mind in a way I’m pretty sure was not intended, though.

The thing I loved most about the trilogy was the actual games, so I was very keen on finding out what these early games looked like. Unfortunately, since the reader is following Snow, we mostly only get an outside perspective on what’s going on, which wasn’t as exciting as I hoped. However, the games are completely different and not different at all. This is where one of my biggest issues with this book stems from: There are decades between these games and the ones Katniss was part of. Decades. And yet we’re meant to believe that pretty much every aspect of the games we first encountered in The Hunger Games was developed and invented over the course of a – this – single instalment? And mostly by teenagers at that?! And by everything, I really mean everything minus the basic ‘putting 24 children from 12 Districts into one place to have them kill each other’ plot and the tech that was so prevalent in Katniss’ games. The rest, that’s tv interviews, mentors, betting, sponsoring, changing the arena for each game, adding mutts into the mix, announcing the dead, and giving the winners prizes and houses, was all established here.

And then there’s Snow. Snow, who we met as evil personified in the original trilogy: an old, cold, and very calculating man. Now, we meet him as a young, cold, and very calculating teenager. When I started, I was wondering whether this was going to be a good – inciting incident – evil characterisation. I also was open for openly evil from the get go. And while this is kind of leaning towards the latter, it’s not. Snow doesn’t see himself as evil and he always has a justification for his deeds – and the reader only gets to see his side, being stuck in his head. Reading his relationships and his actions, however, paints a different picture: he only cares about himself and does everything in his power to further his position. No matter the cost. And his actions are never questioned. His strategies are successful. He never faces any repercussions. There are people supporting his actions. I find this quite problematic, especially in our current political climate. I’m 29, I have read the original trilogy, I’m sensitised by history and our current events, and I can read between the lines. Someone with a similar mindset as Snow – and who am I kidding, there are enough white supremacists out there – and/or someone who hasn’t read the original trilogy, this might all seem a fictitious validation of their twisted beliefs. It’s not a healthy point of view, especially out of context. And yet, knowing full well he is a horrible person, this book has made me feel sympathetic towards Snow. He’s a mirror image of Katniss, the jabberjay to her mockingjay [this sentence only makes sense if you had read my bachelor’s thesis, which you haven’t, so unless I ever write said continuation of my analysis, you’ll continue to be confused. Sorry about that].

There are also loads of secondary characters. Probably too many and most didn’t have much to do. But hey, they were dying like flies anyway! The most important person in this book – the most important person in this whole series – is Dr. Gaul, the vile head game maker. She’s to Snow what Snow is to Katniss and that was a very interesting relationship to watch develop. There’s Lucy Gray, the tribute from District 12 Snow has to mentor. She’s lovely and has a fun personality with a bit of an edge – until she suddenly has no backbone whatsoever. I can’t believe the relationship between Snow and Lucy went down that road. This was a total cringe fest. And there was this possibility, this moment where things might have turned. A perfect breaking point that would have reshuffled the cards and could have changed the book, the series, my view on Snow. Except, it didn’t happen. Looking back, it all played out absolutely straight forward without any surprises. Oh, and don’t forget Snow’s ‘friends’ – some somewhat real, some absolutely feigned, and all treated horribly. And when it comes to Snow’s family, Tigris is a sore spot for me. I can’t remember whether it was revealed in the original trilogy that she’s Snow’s cousin. At least for me, that came as a surprise. Even more surprising: Tigris seems to be an incredibly honest and goodhearted person. I really don’t see how she would become a fashion designer for the games being actively involved in sending children to their deaths when she’s absolutely abhorred by the games in the first place. That’s the drastic character change I’d rather have read than rehashing the same structure, the same topics, and the same outcome as the original trilogy. 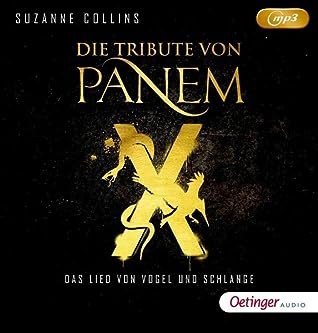 Die Tribute von Panem, Dystopia, Rating: 2, Suzanne Collins, The Hunger Games, YA
« End of Year Survey 2019
Review: What Is Not Yours Is Not Yours »