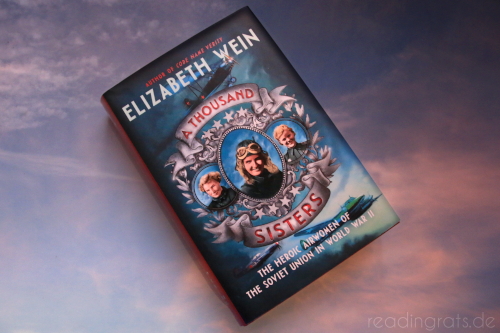 A Thousand Sisters: The Heroic Airwomen of the Soviet Union in World War II
Elizabeth Wein
Standalone
All Age • Non-Fiction

In 1941, at the start of World War II, the Soviet Union issued an order that made it the first country in the world to allow female pilots to fly in combat. Led by Marina Raskova, these three regiments—including the 588th Night Bomber Regiment, nicknamed the “night witches”—faced intense pressure and obstacles both in the sky and on the ground. Some of the young women perished in flames. Many of them were in their teens when they went to war.

This is the story of Marina Raskova’s three regiments, whose members enlisted and were deployed on the front lines of battle as navigators, pilots, and mechanics. This is the story of a thousand young women who wanted to take flight to defend their country, and the woman who brought them together in the sky.

Packed with black-and-white photographs, fascinating sidebars, and thoroughly researched details, A Thousand Sisters is the inspiring true story of a thousand women who set out to change the world, and of the sisterhood they formed even amid the destruction of war—from Elizabeth Wein, acclaimed author of Code Name Verity.

World War II is a piece of history that interests me a lot. I have watched numerous documentaries and like finding out more about stuff that went down back then. Being from Germany, my point of view courtesy of history lessons in school, documentaries, and the media has mostly been German-centric, so I really like taking on different points of view and exploring what happened in other countries. This book is one of those that provide insight into something I had never heard of thus far: I had no idea that Russia was the only country that allowed women to fly and become fighter pilots in the war. And what an incredible story they shared!

What can I say this was a thoroughly interesting read with lots of anecdotes highlighting the women that were part of the air force. Naturally, there wasn’t room for everyone’s story – a thousand destinies would have broken the mould of this book – but it did its best. I really enjoyed how the book was structured. The narration was chronologically, which means that women disappeared and reappeared throughout, depending on when they were part of major events. However, this also means that there were so. many. names! One could easily lose track of who is who and what happened to whom. And yet, Wein solved this issue beautifully by adding a short info referring to something previously told when reintroducing the women (for example: “Galya Dokutovich, the navigator who’d spent six months in the hospital after being run over by a truck.”). Those cross references were really useful, considering this book covers three regiments and 4 years worth of action.

I did learn a lot and once again this book made me wonder how anyone survives a war. They had to train under abysmal circumstances (icy winters, ill-fitting men’s clothes) and led a crazy life during the war not even considering that they were in deadly combat situations. For example, the Night Witches regiment slept for only about three hours a day throughout the war – flying attacks at night and preparing during the day for the next mission. How is that even possible?! And then there were all the harrowing losses … I teared up quite a bit. One of the saddest parts, however, is that after the war, the patriarchy took over: women were not supposed to talk about their incredible achievements during the war, were supposed to get back to work and start families. There are nowadays a lot less women pilots than before or during WWII. That’s just … really sad.

I also really loved the extensive (almost 80 pages) bibliographic info: first citations, then bibliography, then index. Books with bibliographies make me happy, probably from my days as a literary scholar where everything had to be cross referenced. There’s one thing that could have been done better, though. There are several styles on how to cite sources and I totally see why the references weren’t incorporated directly in the text. After all, this book is aimed mostly at young adults and those sources might scare off some if the book seems too much like a scientific textbook. However, it would have been great if incorporated either as footnotes or put at the end of each respective chapter. Since they came in the very end, I didn’t paid them much attention. 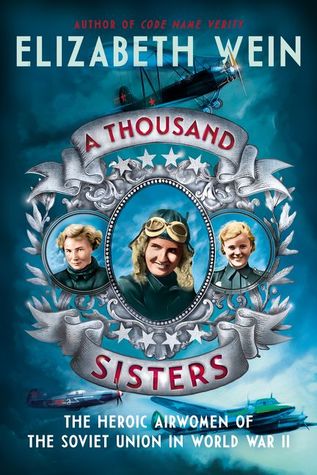