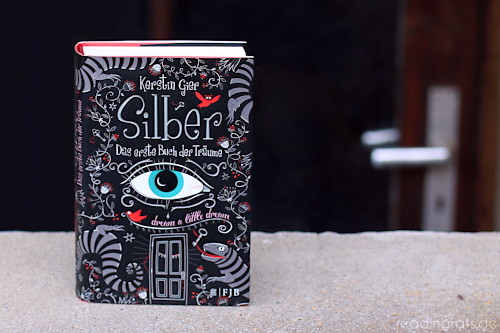 Mysterious doors with lizard-head knobs. Talking stone statues. A crazy girl with a hatchet. Yes, Liv’s dreams have been pretty weird lately. Especially the one where she’s in a graveyard at night, watching four boys conduct dark magic rituals. The strangest part is that Liv recognizes the boys in her dream. They’re classmates from her new school in London, the school where she’s starting over because her mom has moved them to a new country (again). But what’s really scaring Liv is that the dream boys seem to know things about her in real life, things they couldn’t possibly know—unless they actually are in her dreams? Luckily, Liv never could resist a good mystery, and all four of those boys are pretty cute….

Third time’s a charm? In this case, not really. With each read, I’m deducting one star from the rating: the first time, I giggled myself through an otherwise sleepless, anxiety-ridden night; the second time, I still enjoyed it, but it lost a little; the third time – this time – I listened to the audiobook and was almost a little disappointed. It might not hold up for me, but if you’re looking for a fun fluffy contemporary fantasy read with a very chaste dash of horror, this might just be it – but don’t expect this one to be big on character development and thrill …

The heart and soul of this novel – and what shines the most – are the characters. Protagonist Liv is almost the most boring and bland of that bunch. She’s quite down to earth, opinionated, a little nosy with a dash of snarky. Concerning the latter, she can’t hold a candle to her sleuthing Queen of Snark sister Mia. That one’s a firecracker! Another darling is their a little awkward, very Bavarian nanny Lottie.

Then there’s the boy group: Grayson is most certainly my favourite. He’s Mr. Nice Guy and simply adorable. Arthur and Jasper are living, breathing clichés: the first is the aloof angelic Prince Charming, the second the ultimate Playboy (a rather sexist seldom sober male pin-up model). And then there’s Henry, Liv’s love interest, who’s supposed to be Mr. Mysterious and Untouchable. For me, he’s rather … meh. I’m really not into him. (Grayson, on the other hand … well, that’s a doomed ship).

The rest of the supporting cast is alright. It’s a little disappointing that Liv doesn’t make any female friends. She’s actually either looking down on or disliking all other female characters her age, which I didn’t like at all.

What makes this book so entertaining is Kerstin Gier’s writing style. So many quips, so much sass, so many pop culture references! My favourite bit for sure was Liv comparing Jasper to Shaving Fun Ken – I laughed so hard! However, the downside of being light fluff is that it has no depth. It’s somewhat forgettable, like a dream: I was fully immersed but the second I finished and closed the book, the content started to fade until only a couple of foggy shreds remained.

The Horror, the Horror – or not

I think the reason for being rather superficial stems from focusing more on the characters and not enough on the plot. I love the idea of being able to control your own – and other peoples’ – dreams, being able to manipulate dreamscapes, visiting the dreams of others, and having to protect your own dreams. The book does spent a lot of time on those dreams, but not enough on the underlying issue: the dream demon, the seals that have been but shouldn’t be broken, the wishes the demon grants. Since Liv doesn’t believe in any of it, it loses a lot of the potential horror, of the darkness and the thrill. It was never really creepy, it was never really dark, and except for the last couple of scenes, it was never really thrilling. That’s what lacks for me the most and where the book gave away some of its potential. 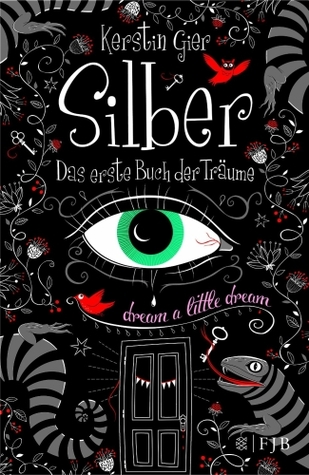