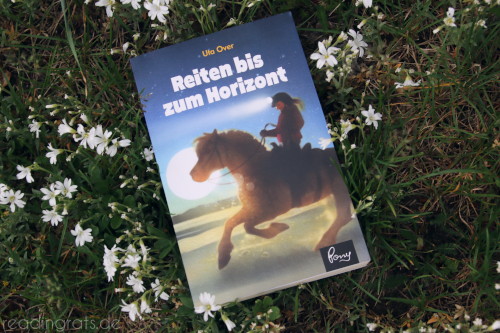 I’m not particularly fond of the style, but at least it properly depicts a scene from the novel, so that’s something. Fyi, that’s snow and the moon and not a sand dune and the sun.

I’ve read about 600 horse novels so far, but except for the novelisation of Hidalgo (I love that film!) and a Mustang Mountain volume I more or less consider western riding, this is the first proper novel about endurance I ever read – at least as far as I remember. It’s a shame, really, because this makes for a rather interesting and hardly touched upon topic. I liked it so much I even gave the novel another star.

I really loved the topic of endurance riding, unfortunately the rest of the novel was all over the place. There were just too many topics included in this novel: endurance racing, a gang wreaking havoc at the stables, making new friends, overcoming complexes, forming a bond with one’s horse, restoring agricultural machines, having a big winter party … 150 pages are just not enough to give everything the space it needs to properly develop. As a result, the novel felt overly crammed and didn’t have a linear plot. I rather wish the novel had concentrated even more on the endurance aspect and cut out the rowdies. The former really is something special, the latter a recurring concept in horse novels, plus it was rather obvious who was behind the incidents. The setting and the atmosphere are perfect, though: December, lots of snow, sledge rides, and solstice celebrations, which makes it a perfect read for the holiday season.

Same goes for the characters: there were just too many of them and no one distinguished herself as the protagonist. At least they all had their own character traits and I rather enjoyed this diverse group: Jördis is a hands-on kind of girl and grew up around endurance riding, Nicole is very shy and self-conscious but a good rider, Carina is open and lively and loves riding as much as just spending time around horses, Phil is the stubborn and competing type, and Ben is very reclusive and likes horses as well as working at the farm. The point of view varied and jumped between the friends how ever it was convenient for the plot. Unfortunately, this means that I couldn’t form a bond with any of them and felt like an onlooker instead of being right there in the thick of things. 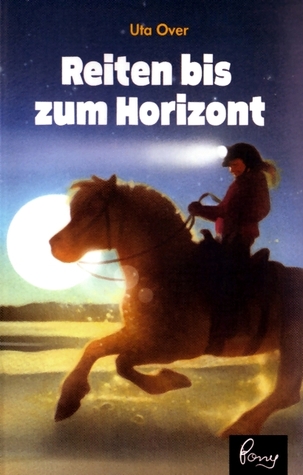