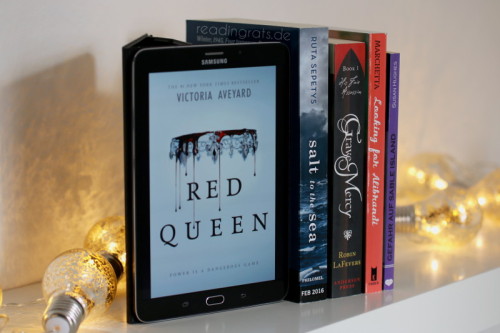 On my TBR since: 2016
Background: I’ve been a huge Melina Marchetta fan ever since I first came into contact with her work due to a reading group on GR in 2013. The pick of the month was Jellicoe Road. I inhaled it in one sitting and it’s one of my alltime favourites. In 2015, I read her Lumatere Chronicles, which are ALL THE FEELS perfection. Last year, I started purchasing her other contemporaries – mostly because I had to do something to keep me sane during the insanest workload of my life. Buying books is always a good option to accomplish this. I’m really looking forward to reading this!

On my TBR since: 2012
Background: I purchased this one at Eason’s Galway during my semester abroad in Ireland. It had me at assassins. I almost started it once and already own both sequels.

On my TBR since: 2011
Background: This book is from PonyClub/Pony/PennyGirl, which basically was a subscription box service for horse crazy girls with the small but important difference that the books were exclusive. I had a subscription from 2002 until early 2011 but made it one of my goals to collect all the books they’ve ever published (which I did). This one I got from a fellow club member who was so kind to sell it to me.

Steffi’s Pick: Salt to the Sea by Ruta Sepetys

On my TBR since: 2015
Background: I loved Between Shades of Gray to pieces and was so very excited to get my hands on this book. Random House had a ton of ARCs of this one at the Frankfurt Bookfair in 2015. The goal of my friends and I was to talk the staff into giving each of us one of the remaining copies. They told us they wouldn’t hand them out till Sunday. When I arrived at their booth Sunday morning, they had already packed most of their books away, but I still spotted a copy and was lucky enough to get it. I was really eager to read it. I still am …

On my TBR since: 2015
Background: I’m not into ebooks, but for some reason, I went on ebook buying sprees in the past. This is one of those I got. Back then, I found the blurb quite intriguing – now I’m rather sceptic.