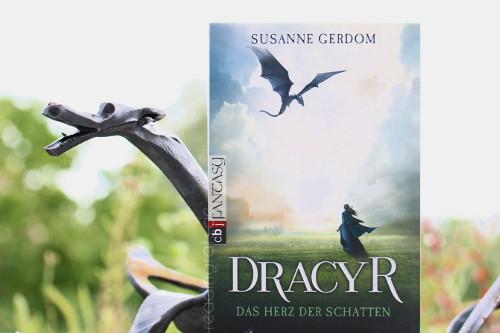 A heroine set out for revenge; a dark and mysterious, more or less evil love interest; dragons known as Dracyr – this should have been just my kind of YA high fantasy romance novel. Unfortunately, it wasn’t. Granted, it didn’t take me long to get into the novel and at first, I inhaled it – until I put it down. The more I thought about what I’d read, the more difficult it became to get myself to continue. The concept of the Dracyr is very cool, but that’s about the only redeeming quality of the novel. Not only was I disappointed that the protagonist was a far cry from the kickass assassin I’d expected, the romance had me cringe and my skin crawl.

I started out really liking Kay, although right from the beginning I felt she wasn’t up to the task of murdering the tyrant who’s responsible for the deaths of her relatives. She’s a little too naive, has no proper plan, and lacks that certain degree of stealth and caution that should be expected when going after a powerful ruler who has magic and dragons at hand. And yet, she’d been sweet, likable, and interesting enough – until she fell in love, turned totally hormonal and lost sight of her vendetta.

At first, her love interest Damian appeared to match my favourite type of male characters, which got me excited. However, I was disappointed and soon felt uneasy about this romance. Not only did it totally corrupt the protagonist and became the driving force of the plot, it also was the opposite of the slow burning and believable love story I’d hoped for. In fact, it’s highly unhealthy and even abusive. Underlying part of the problem is the well-known trope of someone protecting a loved one from danger by cruelly pushing them away, which is heavily used here. Consequently, he’s hot one second, cold the next; reaches out for her, and pushes her away; hurting her physically and emotionally time and time again. To be honest, Kay doesn’t even have a proper reason to fall for him, let alone fight for this love. And yet, she feels sorry for him, pines after him, makes up excuses for him and can’t free herself no matter how often she tells herself to carve him out of her heart. Just, no. The only positive thing about this situation: the advertised love triangle is non-existent.

The plot itself also has me scratching my head. For one, most of the twists are rather obvious and foreseeable, although there was one that came unexpected. I also cannot comprehend the tyrant’s actions. For a ruthless ruler, he seems awfully lax when it comes to Kay and conveniently forwards the plot with his unreasonable actions. Furthermore, Kay’s abilities are way over the top, especially since she doesn’t have to do anything, it all comes just naturally to her.

It wasn’t all bad though. The best part of this novel are the dragons and they are pretty damn awesome. I would have loved to see much more of them and their abilities. Unfortunately, their powers never truly get explained and are therefore a little confusing. However, they are just so adorable and deserved much more room. There are also a couple of interesting secondary characters, which all fell short because they had to fade into the background to let the romance take centre stage. Both of these elements have quite the setup; the ending is so open it suggests a sequel, but so far, there’s none in sight. It still sort of works as a standalone, but there are many loose ends that leave the reader rather dissatisfied. Although I didn’t quite like this one, I’d probably even pick up a sequel because the setup is actually pretty interesting. 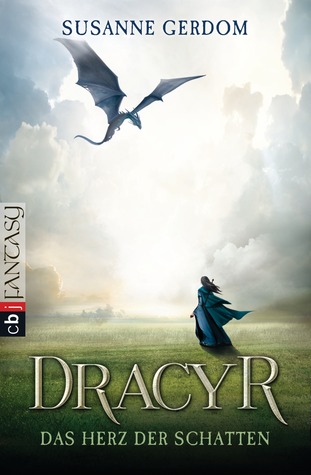