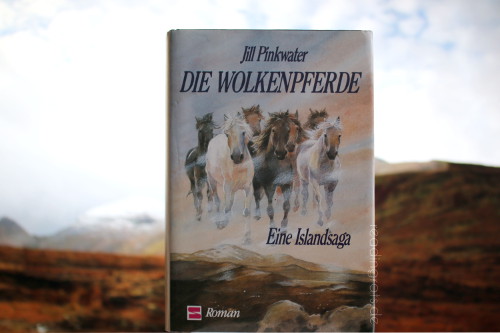 Two girls, separated by a thousand years, brought together by their love of horses … and magic.

Arnora, whose love and understanding of horses is known throughout the land, is saved from death by her great horse, Skyfaxi, and the witch Thorbjorg, feared by everyone. The witch gives Arnora a tiny bronze horse, a talisman to carry when she voyages to Vinland with Ragnar, the Viking youth who loves her.

A thousand years later, in a forest in Maine, Kate, a lonely girl, finds a tiny bronze horse, hidden in a cairn of stones, and then … the magic happens.

Hello gorgeous! Unfortunately, it hasn’t much to do with the story. There are dreams but the whole magic aspect is more or less non-existent.

I love Icelandic horses, probably because they played a huge role in the very first horse novel I ever read. I’m also fascinated with Iceland and dream of visiting it one day. So far, it hasn’t worked out yet, but one day, I’m sure it will. When I first heard about this book, I really wanted to own and read it. Well, it only took me 7 years to finally get to it.

When the blurb tells me two girls share a connection that bridges a millennium and they have to save their beloved horses, then this is what I expect the story to be about. It wasn’t. Quite. I guess it’s in there somewhere, but in general, the novel’s four parts were not particularly interconnected. The first part focuses on a viking girl, her plans and dreams, life in Iceland, and of course her beloved horse. The second part tells the story of two horses, both descendants of Arnora’s mare. The third part follows Kate learning about and falling in love with the Icelandic horses that are brought to Maine. The fourth – and by far shortest part – is actually about what the blurb suggested. It is a really weird mix. The novel just never felt like a coherent work. There’s also not much of import happening so I grew bored rather fast.

I never felt a connection to Arnora or Kate. I wasn’t as invested as I hoped I would be, considering the premise and our shared love for Icelandic horses. Granted, they shared 220 pages between them and a horse, but it usually doesn’t take me long to empathise.

As far as I know, Icelandic horse names are gendered. For example, Skýfaxa is female, Skýfaxi is male (=cloud mane). In some cases, this was totally ignored which bugged me like crazy. 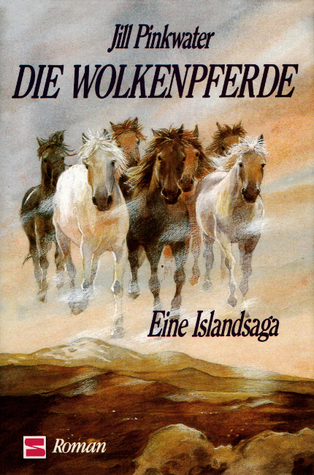 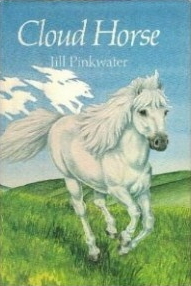