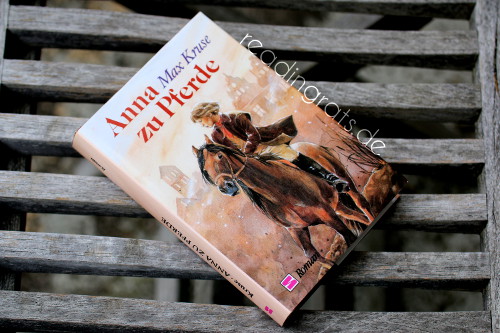 It’s 1630. The Thirty Years’ War rages in Europe. Maraudering and murdering troops of imperial soldiers and Swedish mercenaries spread fear and dread. A fierce religious war rages on – and Anna of Rosenhof is drawn into it when the war decends upon her home and its inhabitants. House and stables are burned to the ground, everything is reduced to rubble. Everywhere, the stakes of the Inquisition are blazing.

In her greatest peril, Anna knows she has to find Konrad, who is serving in the army of the Swedish king Gustav Adolf. Together with her dun mare Jasmin – her best friend and confidante since childhood – Anna risks the ride through the buring country …

Anna zu Pferde [Anna on Horseback] has everything young Ellie wanted in a novel: a kickass heroine, horses, a great atmospheric setting, a family mystery, and an unexpected romance. Reading it for a second time, the mystery fades into the background but I came to appreciate the historical setting much more than I did when I was younger. Just in case you were wondering: first and foremost, this is actually historical fiction. The title of this novel comes from the title of a painting of Anna and her horse that’s part of the story. Given that it is 1630, horses have to play a part if a character wants to get from A to B. Nevertheless, Anna’s close relationship to her horse is present but never in the foreground.

On her ride, Anna encounters many different people in many different places and situations and has to face constant danger.  But Anna manges wonderfully whatever’s thrown her way. She’s such a fierce young woman that one just has to love her. She is not willing to marry a man she can hardly stand, even if refusing might mean her death. She is not willing to watch soldiers take her precious Jasmin away. She is not willing to die for something she had no part in. She does not stand by watching so-called witches burn. She always knows exactly what she wants and she does everything to get there, no matter what the cost.

My favourite part, however, is the mystery. I remember little me glued to the pages because I couldn’t wait to find out what’s going on. It’s pretty obvious with all the allusions but it’s just totally my cup of tea. 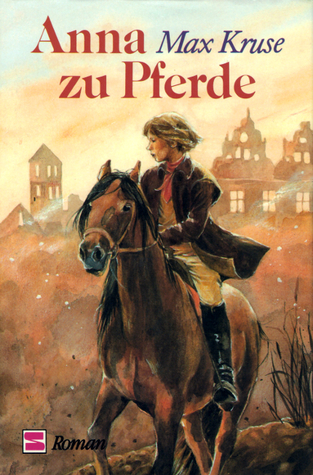