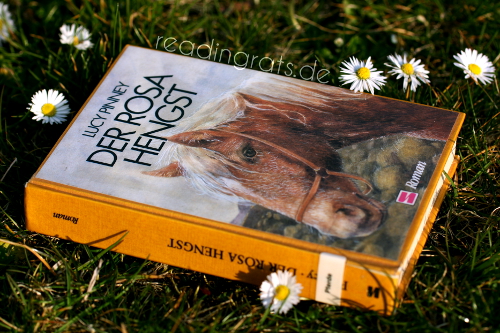 Kitty is running away from an unhappy affair and leaves the university to find a place where she can figure out what to do. On a whim, she takes on the job as a housekeeper on a farm in Devonshire. However, country life at Ball’s Farm is all but romantic: house and stables are rundown, the landlord and his son are at war with each other, the guests are constantly nagging – and Kitty has more work than she can handle.

Slowly but steadily, she grows into this new world. She gets to know Jack, his sensible and loving way of handling the animals, especially the Ardennes horses. The red stallion Truncheon with the silvery coat establishes a connection between the two, helping Kitty to figure out her life.

I bet you thought that this is a horse novel, but really, it is not. It’s more or less the 1987s version of a New Adult novel that has incidentally horses in it because it’s set on a farm. You’re probably not convinced yet. After all, there’s a horse on the cover and it has ‘stallion’ in the title (well, one could read it metaphorically, but we really, really don’t want to go there).

Still, it has all the NA clichés: Kitty is a university student and she is damaged goods (she started an affair with her professor, fell in love with him, and ran away because it did not work out). Her new love interest is dark and mysterious and hasn’t the best opinion on women (well, actually no male character in this book has. All these annoying stereotypes!). Furthermore, there’s a family mystery and … a sex scene! Ok, it’s one of the fade-to-black things but it’s in there. That alone proves that it’s not a horse novel. There are no sex scenes in horse novels. Like, never ever!

So why do I love it so much? Well, because it’s unusual, at least it was when I first read it and NA wasn’t even invented yet. Still, what I love most about it is Kitty’s everyday life as the housekeeper and the house itself. I’m a sucker for thorough house descriptions. I just really want to know how everything looks like, I want to be able to picture it in every possible detail, I want to be able to walk through the rooms in my mind. There’s just something fascinating about houses, especially when they are old or unusual. They tell the stories of their inhabitants. Kitty has to deal with a lot – the house is pretty rundown and dirty and the guests are nagging non-stop. Yet, somehow, she manages to prove herself and comes into her own. And then there’s the brilliant ending. It’s both down-to-earth and incredibly cheesy. It’s perfect. 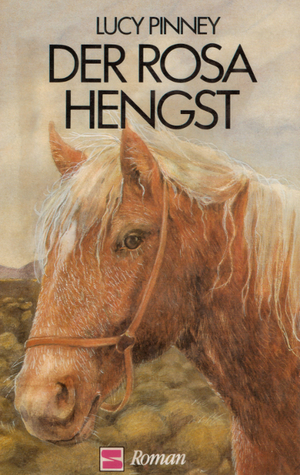 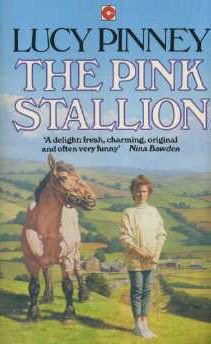