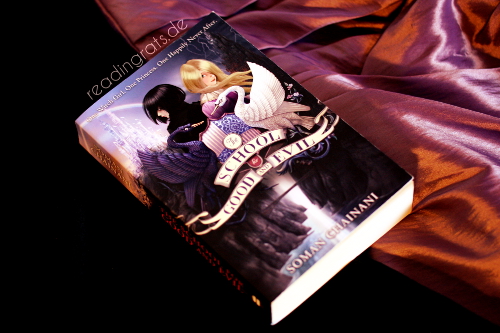 Every four years two children are stolen away from Gavaldon, never to return. Most children fear being taken to the School for Good and Evil. But not Sophie … She has dreamt all her life of being a princess and believes the school could be her chance. Her best friend Agatha has other ideas.

When the two girls are taken, things don’t quite go to Sophie’s plan. Because sometimes, the princess and the witch don’t look like they do in fairytales.

This novel is the great surprise of 2013. I don’t read much middle grade but I’m incredibly grateful that I found this little gem. I was enchanted the moment I first laid eyes on its cover, which coaxed me into buying it.  I loved every page, every sentence, every word of it. It’s perfection! A wonderful (fairy)tale about good and evil, friendship, love, and beauty with complex lovable and loathsome characters that also happens to be magnificently written. It is both hilariously funny and heartbreakingly sad, predictable and utterly unexpected.

Imagine you live in a small village surrounded by a dark, gloomy wood. A village in which every four years two children disappear – just to reappear as the good and the wicked of fairytale-fame on the pages of a storybook – at least, if they got lucky and survived the mysterious School for Good and Evil. Most children would be scared to death at the day of the kidnapping. Well, and then there’s Sophie, who’s definitely not ‘most children’. Oh no, mind you, Sophie’s a princess! Due to an outrageous mistake, she ends up at the School for Evil, expected to become a wicked witch or die trying. To be honest, I both loathed and loved her. Sophie is a character who will drive you up the wall with her desperate attempts to prove that she’s just a naive little princess, the damsel in distress who has to be rescued by her prince. But don’t let yourself be deceived by her long golden curls, her fashion sense that prominently features the colour pink, and her fixation on beauty rituals. Underneath, Sophie’s not quite princess material. She’s the queen bee who could have hopped right out of the pages of a Gossip Girl novel: a vain egoistic snarky manipulative bitch prepared to do everything to get her happily ever after with Prince Charming. As far as the teachers of Evil are concerned, she could be the one person they have waited for: the wicked witch extraordinaire who will win the Circus of Talents for Evil for the first time in ages.

On the other hand, there’s Agatha, Sophie’s best friend/charity case. She really doesn’t believe in the kidnappings and tries to dissuade Sophie from doing something very stupid – just to get kidnapped herself in the attempt. For some inexplicable reason, she ends up at the School for Good where she’s immediately the outcast. That’s not much of a surprise, since she seems to be perfect witch material: she grew up on a cemetery, tends to be quite sarcastic, loves the colour black, does not care a thing about make-up, dresses and glitz, and has not the slightest interest in princes. One could even go so far as to say she hates them. If there’s one girl who does not need a self-absorbed prince to save her skin, it’s definitely Aggie. With her intelligence, her down-to-earthness and self-sufficiency, she can take on whatever is thrown her way all by herself. In a nutshell, it’s impossible not to love her! She’s such an adorable character and just too good for her own good. All she ever wanted was to go back home, but Sophie does not make it easy for her. And instead of leaving her behind, she stands by Sophie, no matter what’s coming their way. In the process, she totally forgets to root for herself…

Then there’s a set of really cool secondary characters such as the school hunk Tedros, who’s desperate to find the right girl (he’s King Arthur’s son and doesn’t want to repeat his father’s mistakes) and does not see her although she’s right in front of him; the bitch, err, princess Beatrix, who’s so after Tedros; Sophie’s dorm mates Dot, Hester, and Anadil (who are just so.much.fun!); and quite a couple of interesting teachers who have some secrets of their own. This cast is topped off by the mysterious School Master who is the keeper of the Storian, the enchanted pen that writes the fairytales – and who has more than one agenda. Basically, I loved all of them … well, maybe except for Beatrix.

Still, there was a moment when I almost lost faith in Chainani and his story. I was downright outraged how he handled a certain situation. Fortunately, I kept going because what I got was the most beautiful, heart-warming message I’ve ever read. Chainani handles these serious matters with such great care that I shouldn’t have worried. Easier said than done. The closer I got to the ending, the more I worried. At that point, I had fallen so hard for both girls but even the tiniest happy ending seemed to be impossibly far out of reach. Then came the thrilling, confusing and outright magnificent finale that couldn’t have been better. Dear Mr. Chainani, I bow before you!

Oh, and I just found out that Universal is turning it into a movie! 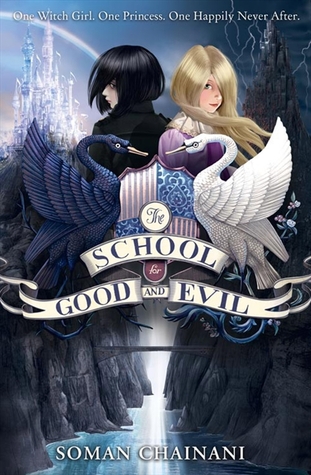 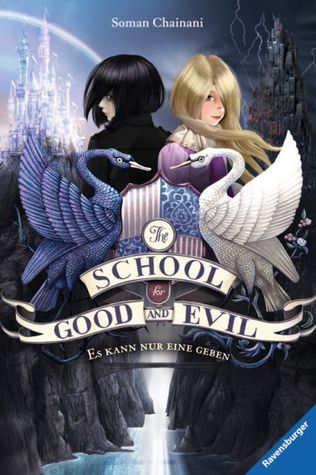