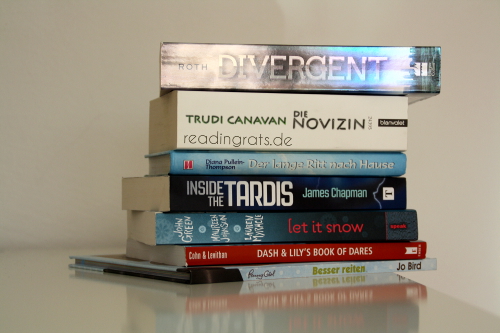 As always, I didn’t read either the novels I planned to nor the ones I should really truly have read. Instead, I spent my time bingereading the 2nd and 3rd installments of the Black Magician Trilogy, worked as a Christmas presents wrapping assistant at a bookshop and went on a short trip to Vienna to watch The Hobbit #2 and the musical Elisabeth, which I’m completely in love with – oh, and to visit a dear friend, of course 😉 ! Unfortunately, now I really have to write my bachelor thesis, so bye bye, my dearest blog! I hope I won’t neglect you all too much these next 1 1/2 months.