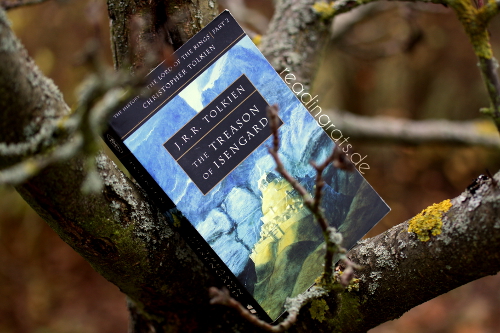 The Treason of Isengard
Christopher Tolkien (Ed.) &
J.R.R. Tolkien
The History of The Lord of the Rings #2 & The History of Middle-earth #7
Adult • Non-Fiction

So this is my sort of review of The Treason of Isengard, the seventh volume of The History of Middle-earth and the second volume of The History of The Lord of the Rings. The … wait, what? Never heard of it? Then, I guess, you’re not a Tolkien fanatic such as myself. Well, that’s totally fine. I didn’t expect you to be one. However, in order to enjoy this post, you should have either watched the movies, read the novels, or both. If that’s not the case but you intend to, then you probably shouldn’t read the fun facts below since there will be SPOILERS. Those who are eager to learn a couple of juicy details about The Lord of the Rings, please bear with me. First off, however, I have a couple of remarks concerning the book. After all, this is supposed to be a review and you should really know what this is all about.

The History of Middle-earth is a series of twelve volumes documenting the writing process of The Lord of the Rings (#6-9), The Silmarillion, a couple of unfinished tales, and everything else that belongs to the Middle-earth universe. It was compiled and written by Christopher Tolkien, J.R.R. Tolkien’s youngest son. He must be his father’s greatest fan. All his life, he has been working on the Middle-earth universe listening to the stories, contributing ideas, giving feedback, drawing maps, deciphering his father’s handwriting, making fair copies, and after Tolkien’s death, organising the manuscripts, editing his unfinished tales for publishing, and writing this history. The depth of detail is incredible; not the slightest mistake that sneaked into the published editions goes unnoticed, even if it is just a single word that differs. Christopher Tolkien, I bow before you.

The History is a work of non-fiction. Although it gives older versions of the narration (for some scenes even multiple forms although they differ only slightly), the focus lies on the development of the story, the world, and the characters. It includes remarks on chronology, moon phases, map revisions, and tonnes and tonnes of notes, which make reading a little cumbersome since one is constantly browsing back and forth. Therefore, it is an attractive read for literary scholars or Tolkien fanatics, but even for the greatest fan, it gets boring from time to time. So if you had a hard time reading the novels or aren’t completely in love with them, The History is not for you. I really don’t want to dissuade you from read it, certainly not! I just want to save you from a tedious death of boredom. It’s more like for total nerds only.

This said, let’s move on to the fun part you all have been waiting for! However, if there’s the slightest chance that you will pick up The Treason of Isengard sometime in the future, don’t read any further. These are a couple of the most interesting titbits and therefore HUGE SPOILERS! For everyone else – here we go! And in case you’re wondering, the spelling of names follows the spelling of the versions the individual facts are taken from.

Did you know that … 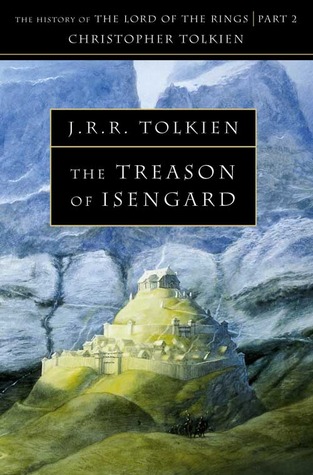