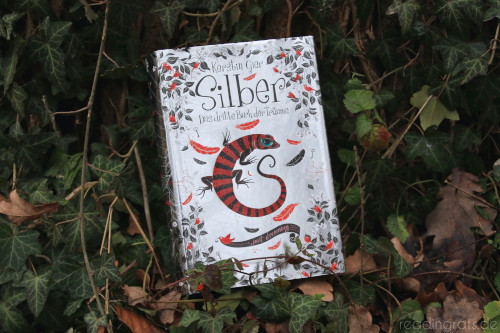 It’s March and spring is just around the corner in London – and Liv is facing three problems at once: First, she lied to Henry inventing a previous boyfriend and has no idea how to resolve the situation. Second, dreaming is getting more and more dangerous. Arthur has discovered sinister ways to use those powers that could do a lot of harm. He has to be stopped at all costs! Third, Liv’s mum and Grayson’s dad want to get married in June – but Ernest’s mother has very different ideas of how that wedding should be than the bride. Liv has her hands full trying to prevent certain catastrophes …

Oh dear, oh dear! Maybe I should have seen it coming since I was rather meh about the last book and it took me ages (as in: four years) to finally pick this one up to finish this series. And what can I say, unfortunately, it took a turn for the worse. While I found at least some allure and entertainment in the previous books, this one I just can’t recommend at all. It’s not only bland and anticlimactic but also highly problematic and the ending is a total cop-out.

The Boy Next Door

Let’s start with the thing that bugged me the most: Liv’s lie. It was a tiny bit annoying when she made up a fake boyfriend because she didn’t want to tell Henry she hadn’t had sex before. But fine, that’s not a farfetched plotline for YA. I could have lived with it if it had been handled and resolved in any other way than this (mild spoilers ahead):

So the next door neighbour’s son is moving back home. He’s good looking, currently at uni, and Liv immediately snatches a book from him to have a personal item. When she can’t find a way out of her web of lies (because telling the truth is not an option, that would a) hurt her pride, b) reveal that she’s insecure and has had a rather silly idea, c) be utterly boring – which teenager wants to be mature and in a healthy relationship anyway, duh!), she decides she needs to make those experiences she made up – and sets out to seduce Matt. In their dreams, that is, but does it matter? Just one book ago, Liv was out of her mind when she thought Henry cheated on her in the dreams and now she’s doing it herself?! The worst thing is that it’s not Liv who realises she’s being inherently stupid and cheating on her boyfriend. The issue gets resolved but it’s not her own doing. This is so wrong, I can’t even.

In any case, the relationship drama is strong in this one. It’s not just Liv and Henry, who’re alternating between floating and sinking (there is, however, something I really liked and that is Liv and Henry talking about having sex and protection – naturally it never happens because this is YA y’all, but at least it’s addressed), there’s also ongoing tension between Grayson and his ex, who’s not getting over him proving rather annoying, and Lottie finds herself in a weird love triangle. Speaking of everyone’s darling Lottie: she might leave London! Liv and Mia can’t deal with that at all and immediately set out to make new plans – including matchmaking – to keep her here.

Additionally, there’s a wedding to prepare and a family to bring together (I must admit there are some cute scenes between the members of this patchwork construct. In general, Gier’s talent is writing characters – if only the plot could keep up with them). The whole thing would have been a lot of fun – if only the wedding had been in the book! Yes, this major plotline that could have been very delightful remains unresolved, only hinted at. Because if you want to find out what happens, you’ll have to spend some more money to get the e-short. No, thank you very much, I’ll pass – but not without venting my annoyance.

Remember that Gossip Girl plotline? Naturally, Mia finds out who’s behind Secrecy and her blog, though that’s not really spectacular or meaningful. The whole thing has been superfluous, but hey, at least it gets resolved. That’s more than you can say of the whole point of the series: the dream demon. Seriously, that ending was a total cop-out. The only interesting – even exciting – part of this book was Arthur and his new (and very creepy) ways of using those powers. That kept me on my toes since one never knows what he’d do next. But when it comes to the climax, the whole build-up deflates. First of all, the danger was resolved pretty quickly with some unexpected-but-not-quite-unexpected developments that sadly didn’t feel earned. And then, the reader is left hanging, because while Arthur’s storyline is resolved, the dream demon is just left as it is – with none the wiser. Don’t expect to find out anything about it. I don’t think the author had any clue herself. 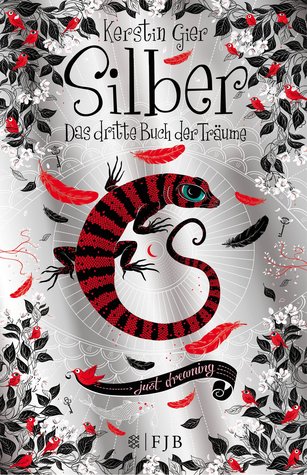 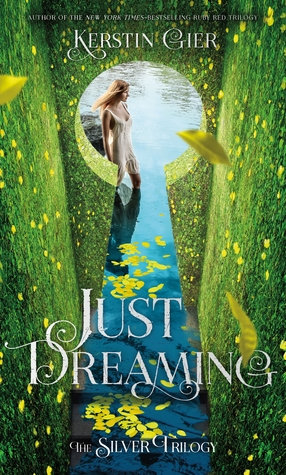