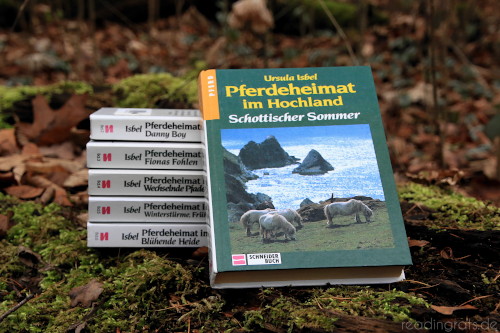 I’m not a fan of the yellow font and the dark green ground. It looks really old and outdated (though I’m not sure that was ever in). The picture is nice enough, just totally random: The Laurels is nowhere near the ocean (there is a creek, though) and there’s no group of white Shetland ponies in the book.

I started this series way back in early 2005 and read the first six books. I think at that point, I hadn’t known that there was a seventh book (part of the problem: it was published by a different publisher). Nevertheless, I managed to get my hands on a copy of this final instalment about six months after what I thought was finishing the series. It’s actually quite rare and was one of the more difficult books to track down. For some reason, I didn’t read it back then. I’d probably moved on to other series and the longer I didn’t read it, the more unlikely it got that I’d pick it up. I had this series on my rereading – and finishing – list for quite some time now and just out of nowhere felt like picking it up again. What’s quite interesting: In the years since my first read, I’ve been to Scotland and the Highlands, so I have a much clearer image in my head, which makes this even more fun!

Fantastic premise, gorgeous setting, marvellous atmosphere, interesting characters – and no plot. The thing is: while most comparable series are episodic, this one is not. It’s like the whole series was written like a very long book and then just cut into pieces. For me personally, that’s not a bad thing. I like that the story just meanders along, focusing on the aspects of everyday life and therefore gaining a pleasant closeness to reality:

Laurie has to decide what to do after finishing school – she wants to work with horses, her parents want her to do an apprenticeship, they settle on her heading to Scotland for a gap year to help her uncle with his horse sanctuary and household chores (while addressing this issue, in the regard, this book is a little outdated). We follow her on her journey to Scotland and her settling in:

And that’s about it. It doesn’t seem like much, but it’s written beautifully and I adore the style. It’s first person past tense with small references like “at that point I didn’t know that this slight oversight would have dire consequences” (not a quote, totally made up so you get the idea). I actually wanted to crawl into the pages, just to be there with Laurie in the highlands, listening to the wind and the rain and Scottish folk songs, going on rides, just taking everything in.

Another plus that’s also a bit of a minus: This series is very mature (I do remember a sex scene in one of the later books. Not explicit but explicit enough to know that they have sex) and political, which is so unique for a horse novel series – and let’s be honest, contemporary books in general. It addresses topics such as animal welfare (an obvious choice when the series is revolving around a horse sanctuary), environment protection, sustainability, and political activism. So, pretty awesome! I’m just not too fond about the way it is incorporated in the story. While there’s usually a situation that offers up a good starting point for such conversations, they then tend to go a little overboard – from one topic to the next and suddenly we find ourselves a couple of pages later. It just doesn’t feel thoroughly organic and that always throws me off. Still, it being there outweighs the lacking implementation.

I’m really looking forward to continuing the series – to find out what I’ve forgotten and learn what I’ve missed by not reading the final book in this series. 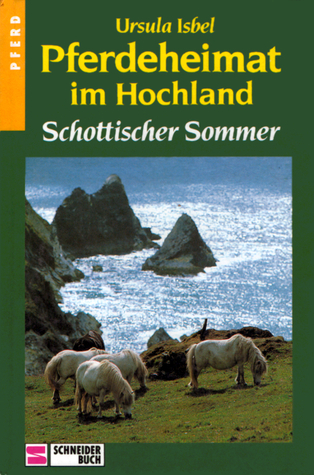