Review: Dream On (The Silver Trilogy, #2) 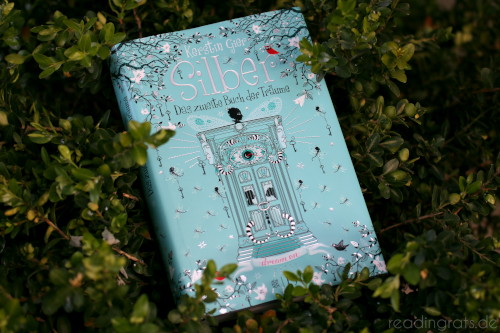 Things seem to be going well for Liv Silver: she’s adjusting to her new home in London; she has a burgeoning romance with Henry Harper, one of the cutest boys in school; and the girl who’s been turning her dreams into nightmares, Anabel, is now locked up. But serenity doesn’t last for long.

It seems that Liv’s troubles are far from over—in fact, suddenly they’re piling up. School gossip blogger Secrecy knows all of Liv’s most intimate secrets, Henry might be hiding something from her, and at night Liv senses a dark presence following her through the corridors of the dream world. Does someone have a score to settle with Liv?

Meh. When I first read Dream On, I had no recollection of the events of this book one week after finishing it. This time around – listening to the audio book – it was almost worse and I really have to strain to remember in order to write this review. That’s how forgettable this book is. It’s not bad per se, especially if you like that kind of irrelevant fluff that is Liv’s everyday life and oh, all the relationship drama. Unfortunately, there’s just not much dream demon stuff going on.

The Drama, the Drama

When you break it down, this book must be 80% relationship drama, 15% family drama, and only 5% dream demon(s). Liv and Henry’s relationship is an annoying, trope-y rollercoaster ride – and it doesn’t help that I wasn’t and still am not a fan of Henry. They have a blissful lovey-dovey phase until Henry starts to act more strangely than usual and doubt and mistrust creep into Liv’s mind, provoking all the drama between the two. The whole situation turns out to be quite annoying with a dash of the problematic and, you know, could have been resolved – or avoided entirely – by communicating with each other. But this is YA, so that’s obviously not an option.

And then there are all kinds of other relationship dramas: There’s Lottie who might be falling in love, with Liv and Mia meddling a little too much for my liking. There’s Grayson not being so happy with how his relationship is turning out (I’m still on the Livson ship, people). There’s all kinds of girl drama – apparently, all girls in London are bitches or at the very least unlikable. There’s the sort-of grandmomster-in-law drama, which leads to a funny incident though it’s also incredibly childish and once again makes me question Liv’s age (she reads so much younger than she’s supposed to be). And then, of course, there’s the strained relationship of the dreamers in the aftermath of the first book, which comes back to haunt Liv.

Only Just a Dream?

Once again, there is so. much. unused. potential in this book! All the intriguing – and possibly horrific – aspects of the dreams and that dream demon are sidelined in favour of the relationship drama. For the most part, the dreams only function as a stage for Liv and Henry’s relationship. It’s were they spend time together and it’s also where Liv turns to figure out aka spy on Henry to find out his secret. There are some new interesting things introduced but they all come up short: A mysterious figure is stalking the corridors and Liv has a couple of rather creepy and perplexing run-ins with that person. And then, of course, there’s Mia’s sleepwalking, which unfortunately only comes into play late in the novel, considering it’s the most interesting part.

Don’t You … Oh, Sorry, Already Forgot About You

So far, I adored Kerstin Gier’s writing. She has a very funny and fluffy style that usually makes her books a joy to read. Unfortunately, this one severely lacked that trademark style. While it still had funny moments, they were rare. Furthermore, the whole novel turned out quite forgettable, mostly because it lacks a clear storyline. While it can be fun following Liv going about her life – the fun being courtesy of the secondary characters, especially Mia, Lottie, and Grayson – there just wasn’t a golden thread, just random episodes strung together, which had me quite bored. It’s truly a shame considering that fun is pretty much the adjective I so far connected with her books. Let’s just hope the third one will make up for it! 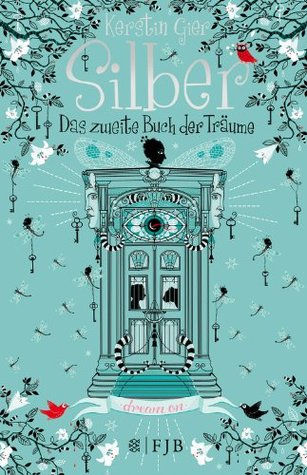 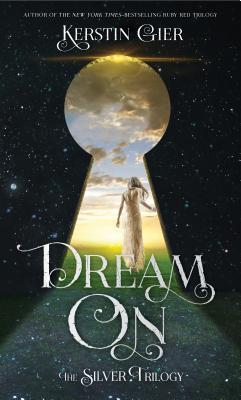