Review: All the Birds in the Sky 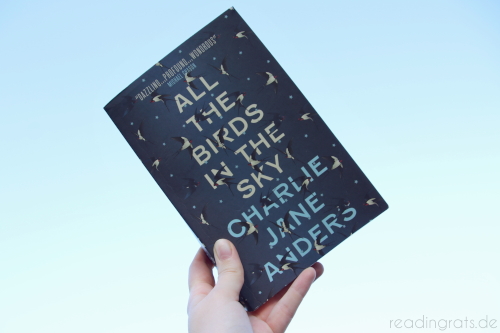 Childhood friends Patricia Delfine and Laurence Armstead didn’t expect to see each other again, after parting ways under mysterious circumstances during middle school. After all, the development of magical powers and the invention of a two-second time machine could hardly fail to alarm one’s peers and families.

But now they’re both adults, living in the hipster mecca San Francisco, and the planet is falling apart around them. Laurence is an engineering genius who’s working with a group that aims to avert catastrophic breakdown through technological intervention. Patricia is a graduate of Eltisley Maze, the hidden academy for the world’s magically gifted, and works with a small band of other magicians to secretly repair the world’s ever growing ailments. Little do they realize that something bigger than either of them, something begun years ago in their youth, is determined to bring them together—to either save the world, or plunge it into a new dark ages.

A deeply magical, darkly funny examination of life, love, and the Apocalypse.

Ooof, that one’s a wild ride! I have no idea what to make of this book. There were aspects I liked, aspects I loathed, and aspects I found superfluous. It’s also a book of opposites: it was a lot and not enough, too distant and too near, too weird and not weird enough. It’s like three different books mashed into one, a collection of weird fragments.

I went into this book pretty blind without expectations and enjoyed it at first. For a very short time, that is, because Patricia’s storyline soon became pretty disturbing. Pat is a lovely girl but appears to be somewhat weird to her surroundings. I liked how she discovers she has special powers but can’t really access them. However, she is also one of the most abused children I met in literature. Her parents are awful, her sister the devil, and her classmates menaces.

It’s a little brighter on Laurence’s side, though his parents are equally abusive in their indifference towards their son and the repercussions their actions have when thinking Pat is a bad influence. Still, he’s a nerdy and eager little genius and I loved him creating the two-second time machine and of course his own artificial intelligence (I have a soft spot for AIs).

Their friendship was quite cute but dark around the edges. Pat was the more open, the more giving of the two, always trying to do her best for both of them. Laurence, on the other hand, didn’t give much back.

The book moves on to their teen years, which aren’t any lighter. We are introduced to one Mr Rose, an assassin forbidden to assassinate them although they are prophesised to bring on the end of the world. He’s both a key player and pretty redundant at the same time. He’s resurfacing from time to time trying to manipulate them – especially Pat – into killing each other, turning her life even more into hell.

It’s also Pat and Laurence going separate ways, Laurence bound to becoming a science genius and Pat entering a witch school that was weird but rather boring and had its fair share of making Pat’s life difficult, including a cult and field trip that should influence her life forever. I’m rather sad that Pat’s powers were never really explored. Continuing on, she’s pretty much forbidden to do anything at all. What’s the point of magic if you can’t use it?! So frustrating!

What I did enjoy was the amalgamation of science fiction and fantasy into science fantasy climate fiction. There’s Laurence and his scientific prowess on the one hand, trying to stop the apocalypse with the power of physics and machines, and Pat and her magic on the other, trying to heal the world with the powers she was given. Naturally, their groups and different beliefs clash and it was quite intriguing – because in the end it boils down to one question: who is right? Who will save, who will destroy the world?

Unfortunately, I didn’t like the adult versions of Pat and Laurence. Pat is pretty much kept down by her so-called friends. She’s like a waif, insubstantial and inconsequential, a leaf in the wind – the wind being the other witches dictating her every move. Laurence is quite angsty and unworldly, living for his science and worrying about his relationship with his girlfriend.

I did not like Pat and Laurence’s relationship here. It felt forced and I don’t think it was necessary to have a romantic storyline in there. It would have sufficed if they had stayed – or rather become very close – friends. I did very much enjoy the matchmaker though, definitely one of the best parts of the novel. 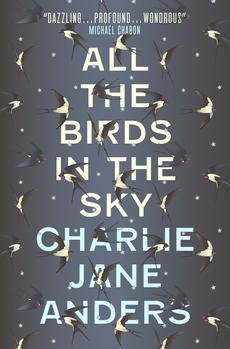 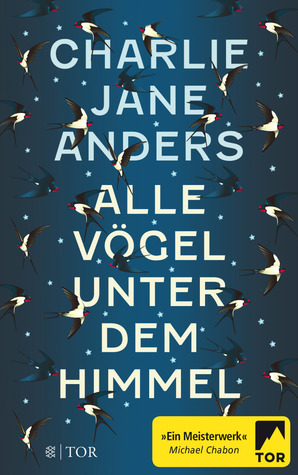