Nothing much except for working, working, and working some more. The first three months of the year are just the worst! However, I actually managed to finally ride again. Haven’t been on horseback since my accident last summer. And managed to sort of fall off while mounting. That was new. It was quite dangerous for a couple of seconds because if I had let go sooner, I might have ended up with a hoof in my face. Fortunately, I made it to the ground safely and on my feet. Unfortunately, I have no idea when I’ll be able to ride again since we’re now on Corona lockdown …

Readingwise, the month was alright. I didn’t make my 2,500 pages goal but I came close. The books I read were a mixed bag, though. While the rating might not show that at first glance, I had issues with almost all of them – except for my childhood favourite! 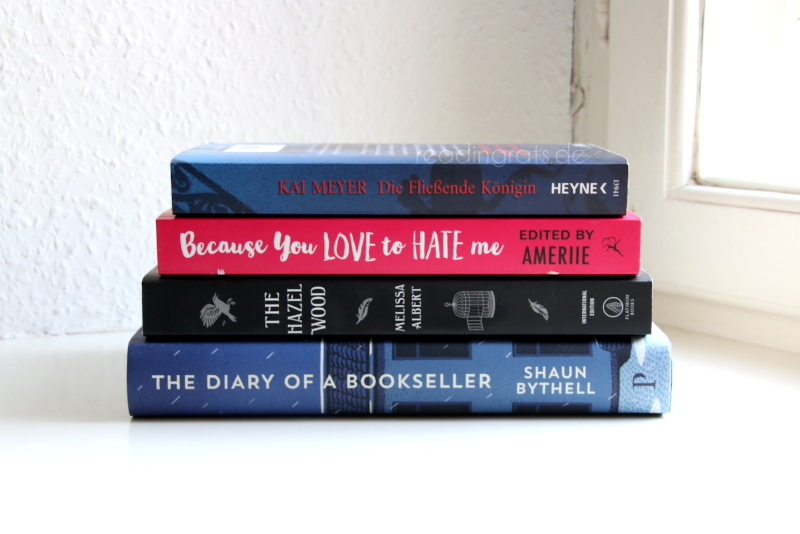 This month, I actually managed to finish all of the books that were picked out for me!

Disclaimer: I can’t really talk about the books, since they are scheduled for autumn 2020 and haven’t been announced yet.

I read four picture books – one artistically stunning (and very blue), one very funny with lots of details, and two non-fiction (one about fish and one about squirrels). Additionally, I read a story book for younger children about a group of animals and helping each other as well as some kind of a YA friendship murder mystery. 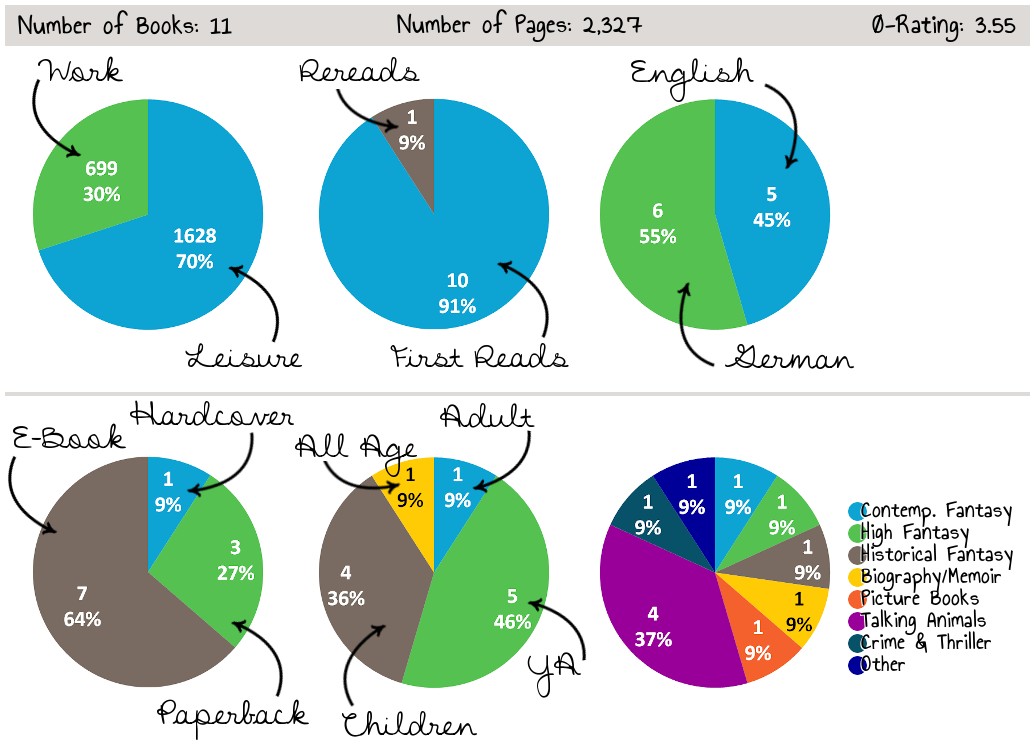