Looking back from where we are now, January feels like a lifetime ago. Back then I only had to worry that I wouldn’t get off my night owl routine after the holidays, that work would be a bit too much, and that I was running out of space for books. Still, the year didn’t start out as planned and then I spend a couple of days pretty much just lounging about, binging the first three seasons of the BBC series Our Girl (usually not my kind of show, but the eye candy … until THAT happened and now I refuse to continue watching).

I started out with a couple of resolutions, of some I’ve already lost track by the time I’m writing this in March. Still, I ended up with a totally newfound and out of character fascination with fitness (never thougth I would use my new TV primarily for doing yoga and fitness excercises) …

Naturally, I also read books. I set my Goodreads goal to 100 books once more. It did work out fine the last couple of years, let’s see if I can keep it up. I would also like to read more pages in total, but that’s not going that great. I set my monthly goal to 2,500 and so far, that hasn’t worked out yet. Anyways, here’s what I read: 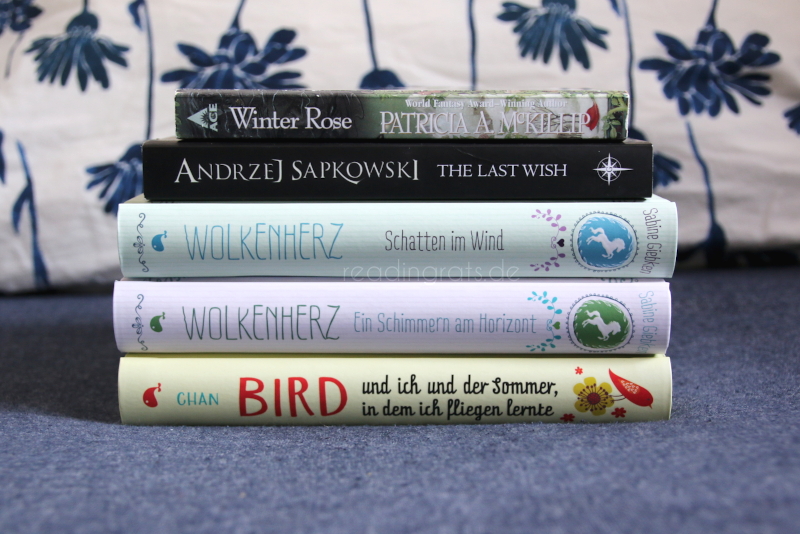 Another year, another SuBsalabim – the fun TBR challenge I’m doing with a couple of friends. The last round (July to December 2019) went rather badly for me and this year’s also off to a rather rocky start. I only managed to read one of the three books. But at least I enjoyed that one:

And then there were two books I can’t really talk about yet since they’re scheduled for autumn 2020: one was a non-fiction picture book about the environment, the other a really fun story book with an adorable protagonist who desperately wants a pet to keep her best friend. 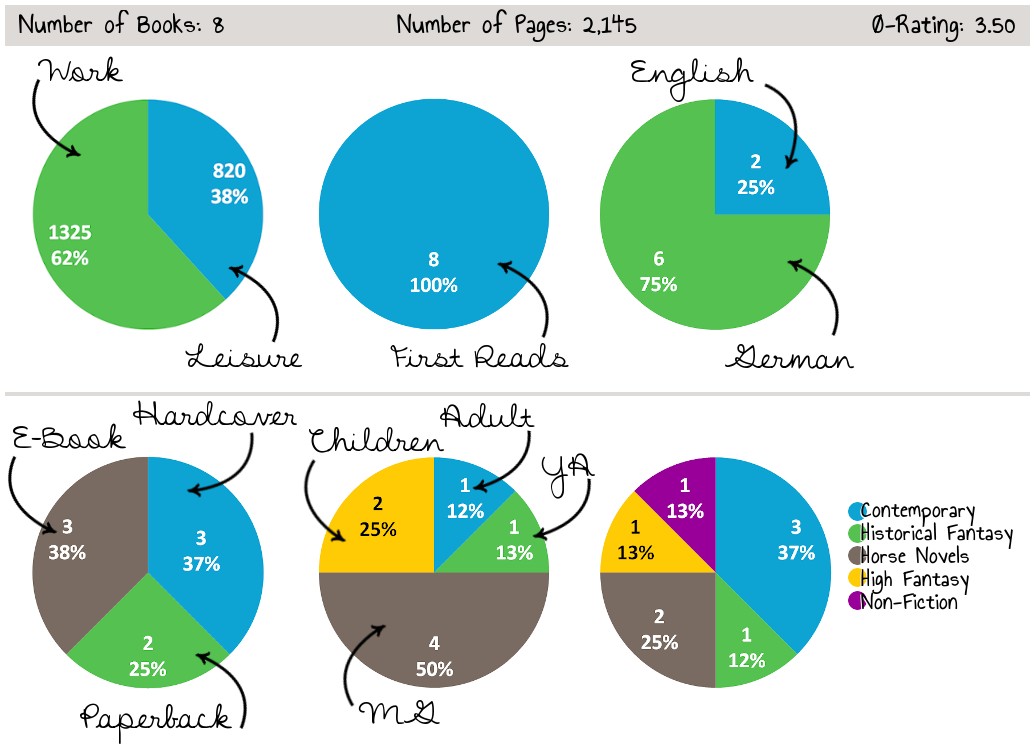