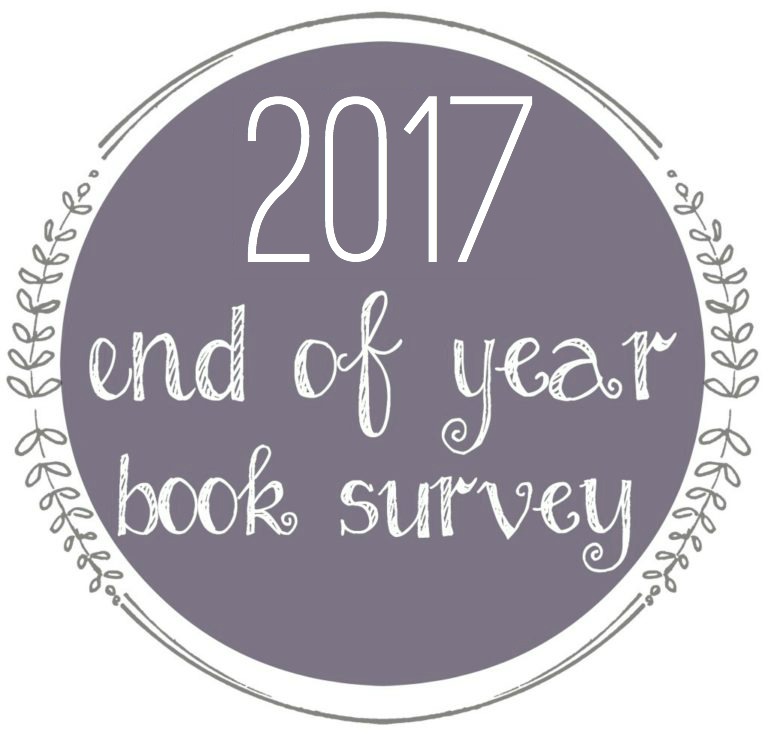 Please keep in mind that I work for a publisher and, as stated above, read a lot of their books. So it’s bound to be quite a couple of them in here. But this is still my personal opinion.

Let’s split that up a little [only counting first-reads]:

2. Books I was excited about and thought I was going to love more but didn’t

Although both books were still three star reads, I was a little disappointed because I had super high expectations for them: Gemina (The Illuminae Files, #2) by Amie Kaufman & Jay Kristoff just couldn’t live up to its predecessor in execution, characters, and plot [however, it improved on rereading and I upgraded it to 4 stars in 2018]. Same goes for Wires and Nerve (Wires and Nerve, #1) by Marissa Meyer & Douglas Holgate. I’m not a big fan of the illustration style and a lot of the things I adored about The Lunar Chronicles just don’t translate well into the graphic novel format.

3. Most surprising book I read

I’ve never been good at sports in school and I disliked all team sports involving balls, especially basketball (which, ironically, actually got me the best sports grade I ever had in any school cert). So I was quite surprised to like Absolute Gewinner by Christoph Scheuring as much as I did since the whole plot is revolving around a basketball tournament. And then it also had that scene at the Reeperbahn, Hamburg,  that had my jaw drop. What an unexpected scene in a MG novel.

I didn’t have a book I particularly pushed privately in 2017. Professionally, my book pushing is still going strong, though.

A: The Winner’s Curse (The Winner’s Trilogy, #1) by Marie Rutkoski
I enjoyed this immensely, much more than I thought I would. Unfortunately, I didn’t own book 2 and 3 back when I read it and although I own them now, I haven’t managed to continue the trilogy yet.

C: So I didn’t really read a book that qualifies here? Need to work on finishing series …

I can’t really tell since I have only read one book of all of these authors so far, but these impressed me the most and had me buy more of their books immediately: Jodi Lynn Anderson, Kat Rosenfield, Marie Rutkoski, Ken Liu, and Seanan McGuire.

7. Best book from a genre I don’t typically read

The Princess Diarist by Carrie Fisher
I had to create a new tag both on GR and in my spread sheet because I usually don’t read biographies. But for Carrie, I gladly make an exception. I did like it a lot although it was also painful to read on many levels. I really need to read more of her books.

I read Ready Player One by Ernest Cline in early January and I really couldn’t put it down. As soon as I got home from work, I had to continue reading. It has some lengths, but all in all, it’s a really gripping and exciting read with lots and lots of references. I’m pretty sure I missed a lot!

As for 2017, I’m pretty sure I won’t reread any of the books in 2018, solely because I’m currently not big on rereading. However, I should be rereading The Winner’s Curse (The Winner’s Trilogy, #1) by Marie Rutkoski before continuing the series because I’ve forgotten almost the entire plot although I really liked it, and the other most likely candidate would be The Vanishing Season by Jodi Lynn Anderson because I adored it. [2018-Me: I’m actually rereading much more than I expected, mostly through audio books. I did, however, reread Gemina in print]

The Vanishing Season by Jodi Lynn Anderson just ticked off all of my boxes. The most beautiful dreamy-melancholic atmosphere, a haunting plot, and the most perfect ending this novel could have – sadness seeping from every page.

The Paper Menagerie and Other Stories by Ken Liu is a collection of scifi and fantasy stories which all have aspects of identity at their centre, sometimes wrapped into metaphors, sometimes as blunt as a knife, a knife that buried itself deep into my heart. I did cry a lot reading those stories. Especially “The Paper Menagerie” broke me completely.

I loved Between Shades of Gray and when I found out about this companion novel, I couldn’t wait to get my hands on it. I actually managed to obtain an ARC copy of Salt to the Sea by Ruta Sepetys at the Frankfurt Book Fair in 2015, but I didn’t mange to read it back then, nor in 2016. So glad I finally managed, because I really liked this one, too. The ending turned me into a puddle.

The hairstyle that was chosen would impact how everyone – every filmgoing human – would envision me for the rest of my life. (And probably even beyond – it’s hard to imagine any TV obituary not using a photo of that cute little round-faced girl with goofy buns on either side of her inexperienced head.)

I expected the interesting report of an adventurous ride through Connemara. Instead, it took a quarter of the book to even get her to Connemara and then the narration was quite bland. Until the end, that is. Then Connemara Mollie: An Irish Journey on Horseback (Ireland on Horseback, #1) by Hilary Bradt totally left me pissed. Let’s face it, she killed her own horse with her infuriating recklessness and stubbornness. Even though her horse sank several times into the bog, she continued on – until her horse got totally stuck. It was evening, so she went to a dry patch and got to sleep, hoping Mollie would find the way out of her misery on her own. Well, that poor thing got out just to fall down a cliff and die. Just writing this has me all worked up again.

I always cheat because I usually have an OTP for everything. I just can’t decide for a single one. My favourites of 2017:

20. Favorite book I read in 2017 from an author I’ve read previously

Definitely Lizzy Carbon und die Wunder der Liebe (Lizzy Carbon, #2) by Mario Fesler! I just love Lizzy and her sarcasm! Runners up are Salt to the Sea by Ruta Sepetys – she always has me crying my eyes out -, The Language of Thorns: Midnight Tales and Dangerous Magic by Leigh Bardugo – I always loved her stories much more than her original Grisha trilogy and I’m looking forward to reading the Six of Crows duology hopefully in 2018 -, and On the Fence by Kasie West – her contemporaries are a mix of cuteness overload and heartbreak.

21. Best book I read in 2017 that I read bases SOLELY on a recommendation from somebody else/peer pressure

I usually don’t read books solely based on a recommendation or peer pressure. If there’s not at least something about the book that piques my interest, I’m not going to waste any time and money on it. However, there was a book in 2017 that qualifies for this category, which would be Simon vs. the Homo Sapiens Agenda by Becky Albertally. This book was everywhere but I wasn’t really interested. Since it was nominated for the German Youth Literature Award and I could borrow it from a colleague, I decided I’d give it a go. I did like it, but it didn’t completely blow me away.

That would be Arin [The Winner’s Curse by Marie Rutkoski] and I also developed a soft spot for Kashmir [The Girl from Everywhere by Heidi Heilig].

Apparently, I haven’t read a single debut novel in 2017.

Salt to the Sea by Ruta Sepetys really got to me. As the reader, you know how this ends. You know these characters are not fleeing to safety. You know that not all of them will make it out alive. You just don’t know which ones will live. I once watched a very interesting – and very sad – documentary about the Gustloff, the Goya, and the Steuben in my teens. I’ve never forgotten.

Well, that would be Gemina (The Illuminae Files, #2) by Amie Kaufman & Jay Kristoff even though it’s not quite as varied in narration techniques as Illuminae was. However, these books are pretty fun to read with all those snippets and chat logs and files and stuff.

Connemara Mollie: An Irish Journey on Horseback (Ireland on Horseback, #1) by Hilary Bradt for the reason I mentioned above but will repeat here: Let’s face it, she killed her own horse with her infuriating recklessness and stubbornness. Even though her horse sank several times into the bog, she continued on – until her horse got totally stuck. It was evening, so she went to a dry patch and got to sleep, hoping Mollie would find the way out of her misery on her own. Well, that poor thing got out just to fall down a cliff and die. Just writing this has me all worked up again.

I’m really looking forward to The Cruel Prince (The Folk of the Air, #1) by Holly Black (faeries from the queen of faeries!), Space Opera by Catherynne M. Valente (Eurovision in space!), Spinning Silver by Naomi Novik (loved the short story this novel is based on!), and Competence (The Custard Protocol, #3) by Gail Carriger (Parasol Protectorate Universe ftw!).

The Wicked Cometh by Laura Carlin not only looks really pretty but also sounds incredible!

Obsidio (The Illuminae Files, #3) by Amie Kaufman & Jay Kristoff for sure! I can’t wait to find out how this is going to end. [Unfortunately, I was quite disappointed. While I couldn’t stop reading, it just wasn’t nowhere near as good as I wanted it to be.]

5. One thing I hope to accomplish or do in my reading/blogging life in 2018

I hope I’ll manage to do both reading and blogging. Lots of changes aka new responsibilities at work coming my way this year.

6. A 2018 release I’ve already read and recommend to everyone

One of the books I read for work: Pinella Propella by Katrin Zipse. It’s actually for children aged 4+ but this little book is adorable. The story – a little girl who’s able to fly decides to become a superhero to defend her new best friend from bullying – and the illustrations are beautiful!