The first week of September, I was off of work. Therefore, I expected to get a lot more reading done than I actually did in the end. Spending a lot of time at the stables really doesn’t help with reading, but it was nice to be able to ride every day for almost two weeks. I was also able to pay a visit to ‘my’ bookseller, which brought on a lot of memories that I processed in this post.

I also visited my lovely publishing bff and Kosmos book dealer Shiku. The gist: lot’s of publishing talk, visiting bookshops, watching old Coldmirror videos (the Patzer vids really hold up!), filling in some gaps in my education (My Immortal), way too many horse non-fiction books added to my TBR, a visit to a tea house which turned into a full-fledged workout, and train chaos galore. 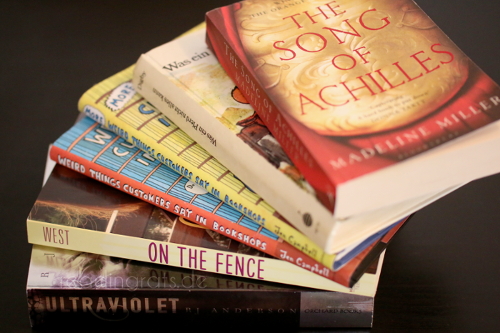 I did much better than last month and managed to read four of the five books.

Disclaimer: I can’t really talk about the books, since they are scheduled for spring 2018 and haven’t been announced yet.

I finished two books (but actually should have finished six – I’m procrastinating way too much! Ugh!). One a sports MG that positively surprised me – although the most surprising was a certain scene that came very unexpectedly. The other the next instalment in a popular series for children aged 8+. 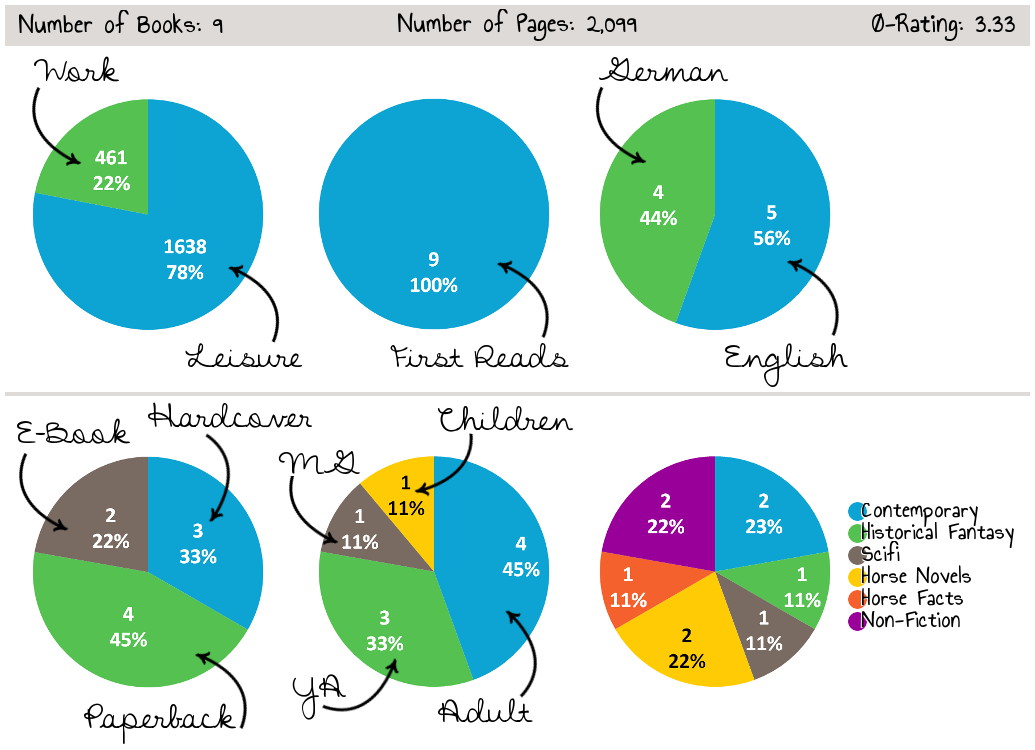