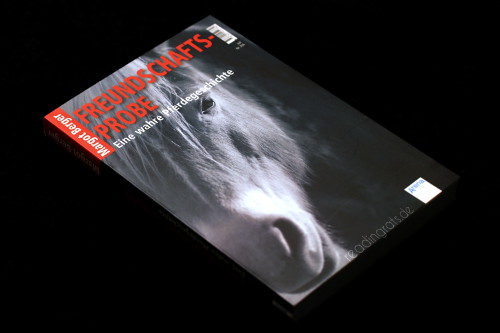 It is rather unusual to have simplistic black and white covers for horse novels. This one’s ok but I don’t find it particularly appealing, since this picture is nothing special. I wouldn’t have picked it up if it weren’t by Margot Berger.

This novel is part of a series of books based on true events, however this is rather light in tone compared to the other novels I’ve read so far. There are issues and a dangerous situation, but the trail ride makes it a fun and entertaining read.

Three friends on a trail ride which is supposed to strengthen the bond between main character Sarah and her horse Nestor. Summer, horses, being on the road – I love stories about trail rides. They’re always an adventure, short little episodes strung together by the road travelled. Every day a new path ahead, every night a different accommodation and lots and lots of time for problems, struggles and drama on the way. This one was no exception and I immensely enjoyed it for most parts. However, I really got annoyed by the interpersonal struggles triggered by Sarah’s behaviour. They mar the reading fun. Plus, the most important episode and most dangerous one was rather short.

To a certain extent, I do understand Sarah. It is difficult to get rid of all the bad thoughts that influence your behaviour and are transferred onto the horse. She wants to make it better, but she just tries too hard. It’s like she wants to force that certain connection and thinks this trail ride would be some sort of miracle. That’s something I don’t quite understand. However, I’m a very calm and patient person when it comes to difficult horses, so maybe that’s just against my personality. Nevertheless, she’s so wrapped-up in her problems that she can’t even see straight anymore, which leads to all sorts of rather annoying incidents. I’m really sorry for her two friends. They were having a rather rough time.

It is truly amazing how much horses react to their humans, which is nicely depicted in this novel. The three Lipizzans of my friend are really sensitive horses and react to the slightest of tensions. I’m solid as a rock and the epitome of patience as long as I have both my feet on the ground, so the horses trust me and do whatever I ask them. On horseback, I’m all nerves, which means I can’t ride the younger ones because they’re under the impression of being in danger and immediately start running – which makes me even worse. My friend also overthinks a lot which influences the horses’ behaviour. It’s just so damn hard to shut it off. 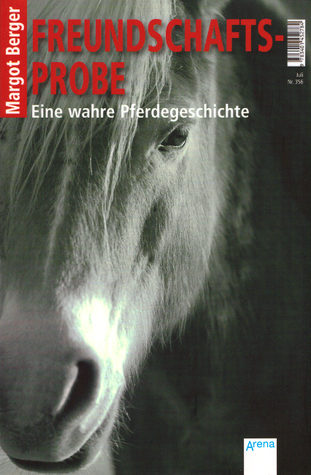