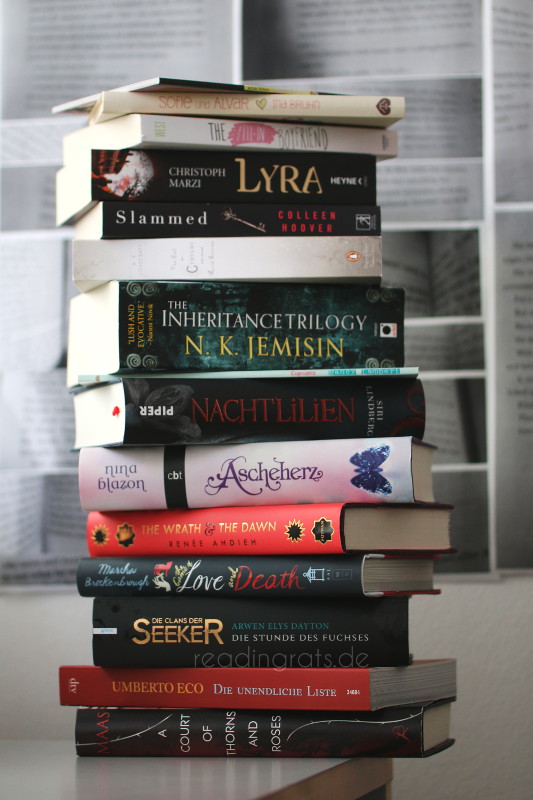 Umm … I think this got kind of out of hand. Well, compared to last year’s hauls, this is barely average, but I was doing so well. And then there came May, my good intentions vanished into thin air and I got more books than in the previous two months combined. In my defense … well, what can I say. It’s just the way I am – AND I had a lot of preorders AND I had to get the last PennyGirl books because the publisher was selling out AND I had a friend over who I just had to introduce to my favourite book shop in Munich.