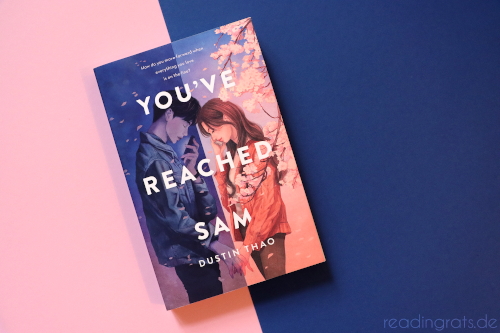 Seventeen-year-old Julie has her future all planned out—move out of her small town with her boyfriend Sam, attend college in the city, spend a summer in Japan. But then Sam dies. And everything changes.

Heartbroken, Julie skips his funeral, throws out his things, and tries everything to forget him and the tragic way he died. But a message Sam left behind in her yearbook forces back memories. Desperate to hear his voice one more time, Julie calls Sam’s cellphone just to listen to his voicemail.

And Sam picks up the phone.

In a miraculous turn of events, Julie’s been given a second chance at goodbye. The connection is temporary. But hearing Sam’s voice makes her fall for him all over again, and with each call it becomes harder to let him go. However, keeping her otherworldly calls with Sam a secret isn’t easy, especially when Julie witnesses the suffering Sam’s family is going through. Unable to stand by the sidelines and watch their shared loved ones in pain, Julie is torn between spilling the truth about her calls with Sam and risking their connection and losing him forever.

I fell in love with this book the moment I lay eyes on it. The cover that is. As much as I wanted to love the content, it made it its mission to drive it up the wall. This is one of the most frustrating books I have ever read. It got so bad I had to put it down a couple of times to give myself a break. It certainly had potential but it left me hot and cold in all the wrong places.

The source of my frustration: Julie, the protagonist. Oh, how I felt for her in the beginning. I completely understood her shutting down and withdrawing from the world as well as clearing out any reminder as a way of dealing with her grief. The writer’s block even though writing is essential to her future. The lashing out at the people around her. And there’s certainly progress in her grieving process throughout the book but it involved bouts of annoying the hell out of me.

My issue: While the magical aspect – the phone calls connecting the living and the dead with some side effects – was a neat concept, it never felt truly rounded. The rules were shady and more towards the convenient-to-the-plot side of things. And worst of all: The phone calls with Sam have the total opposite result of what they are supposed to do. Instead of helping Julie work through her complicated feelings and her finding a way to move on and let go, she just more and more clings to this sort of alternate reality of her life where Sam is still there. She might say she knows he’s dead and will never come back but she certainly doesn’t act like it. To a certain degree, I understood, but this drags on and on without much development right until the very end. There’s some big drama there that I absolutely hated. It was unnecessary and over the top and once again revoked all the progress Julie had made.

I never really connected to Sam, so I also wasn’t feeling Julie and Sam’s connection. In fact, the scenes that made me cry were never about Julie and Sam but always involved a third party. Sam seemed to be the more reasonable of the two, but he kind of stayed superficial. This might also be due to the very uneven distribution of the “before” chapters. It would have helped if there had been a couple more and them being placed more evenly throughout the story. However, Sam really lost all my sympathy for what he says to Julie in the very end, which just happens to be the total opposite of what she needed to hear. It would have been a much better narrative choice to place that more towards the middle and have them both move on from there.

While I had my fair share of frustration with the protagonists and the overall plot, I really liked Julie’s friends and in general how the other characters individually dealt with their grief. There’s Oliver talking to Sam regretting he never got the chance to be honest with him. There’s Mika totally falling apart. There’s Yuki and the others trying to come up with ways to help Julie (one of my favourite scenes is the lighting of the lanterns (until Julie ruined it, that is)). There’s Taylor blaming Julie. There’s Tristan trying to cheer Julie up. They were somehow all more interesting than the main characters.

And lastly, on a slightly different note: This book had so. many. typos. It’s been a long time since I’ve seen this many in a published book. Another round of copy editing would’ve been in order.

What to Expect
a dash of magic • all about the music • bestest side characters • chasing dreams • fields of gold • film festival • graduation • heartbreak • moving on and letting go • phone calls • writer in the making
Trigger Warnings:
death of a loved one • harassment
Bibliographic Information
This Edition
German Edition 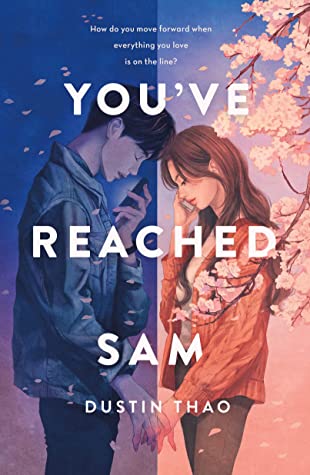 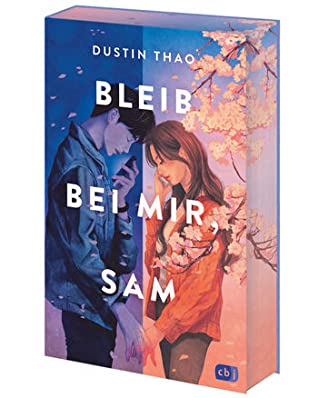