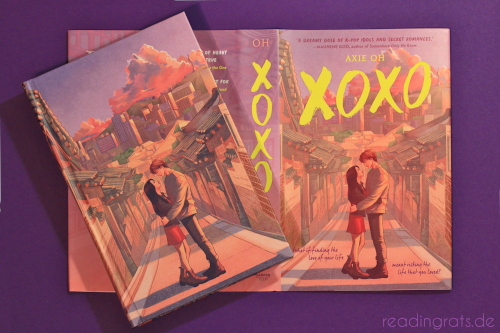 Cello prodigy Jenny has one goal: to get into a prestigious music conservatory. When she meets mysterious, handsome Jaewoo in her uncle’s Los Angeles karaoke bar, it’s clear he’s the kind of boy who would uproot her careful plans. But in a moment of spontaneity, she allows him to pull her out of her comfort zone for one unforgettable night of adventure … before he disappears without a word.

Three months later, when Jenny and her mother arrive in South Korea to take care of her ailing grandmother, she’s shocked to discover that Jaewoo is a student at the same elite arts academy where she’s enrolled for the semester. And he’s not just any student. He’s a member of one of the biggest K-pop bands in the world—and he’s strictly forbidden from dating.

When a relationship means throwing Jenny’s life off the path she’s spent years mapping out, she’ll have to decide once and for all just how much she’s willing to risk for love.

AWWWEEEE! XOXO was everything I hoped for AND MORE! If you’re looking for a super cute, wholesome, and fun read that screams for a K-drama adaptation because it basically already is one, then look no further. This is IT!

This novel has everything I adore: a protagonist I’m rooting for from the first page on, just my type of love interest, an amazing cast of side characters I will not stop gushing about, so many K-drama tropes (all totally legit and implemented in the best possible way) – most importantly forbidden love -, music (classical and K-pop), and settings that are so vividly described that your imagination will just stream the drama adaptation right inside your brain. It’s so addictive! I was so engaged! Glad I didn’t read it in public because I was very vocal about it: gushing, giggling, laughing out loud, squealing … you name it.

My recommendation comes with a disclaimer, though: I’m not really into K-pop. [HAHAHAHAHA, I was so naïve! Hello, this is Ellie polishing up her review for publication four months after reading the book and dying of laughter over here living the best baby ARMY life with my shiny 14 piece BTS album collection watching over me while my phone blasts Dreamcatcher. Thanks, XOXO. After finishing, I thought I could just look into K-pop a bit more and I followed JK into the damn rabbit hole. What is having an actual life?!] What I’m trying to say is that I haven’t enough insights to fully judge how accurately and realistically the K-pop industry is portrayed in this novel. With my limited knowledge, it does seem quite on point, though.

Let’s dive into the details: I loved Jenny. She’s a bit of a (classical music) nerd and spends most of her time practicing, honing her skills to make her dreams of one day pursuing cello professionally come true. It was so nice to see that she has a clear goal and for the most part – there were a couple of (understandable) hiccups along the way for which I nevertheless wanted to shake her (alas, young love) – follows this goal through. She’s very grounded and invested in her family, always trying to please her mum and being a good granddaughter. However, there’s also an openness and curiosity to her that has her step out of her clear-cut path and explore life, which just gives off really great vibes.

Any good romance is only as strong as the chemistry between the protagonist and their love interest(s) though, so I was very happy to find it positively sizzling in this case. The best way to sum up both Jaewoo and their love story is “it’s complicated” though. Jaewoo is very restrained due to the strict rules of the industry and his protectiveness of the other members of XOXO, which results in him acting cold and aloof. Underneath his K-pop idol veneer, he’s just so adorable and lovely, though, so I totally understood why Jenny was both infuriated and falling fast.

Their story ticked so many romance trope boxes but it just worked. It was just the right amount of cute and fun falling in love montages on the one hand and angst, arguments and misunderstandings on the other hand. I was positively surprised that the novel didn’t go where one would expect if looked at through a romance K-drama cookie cutter – especially the miscommunications where kept to a minimum!

Overall, I thought the pacing was great! Enough time to make their romance seem realistic, no unnecessary side stories watering down the plot, fun settings – Seoul, a high school for arts, and let’s not forget that fun little field trip to the countryside -, and no over boarding amount of twists and turns coming between the protagonists. If anything, there was almost not enough drama if you’re used to K-drama drama, but there’s only so much you can do with that page count and that was just nowhere near enough in the first place.

Speaking of nowhere near enough: I wish we’d had the time to delve deeper into that stellar cast of secondary characters because they really made the book for me. First and foremost, Jenny’s roommate Sori. Their relationship could have gone in so many different ways but what we got was just perfect! I also loved her group of friends, Jaewoo’s sister, and oh, how I wish we could have gotten to know XOXO’s maknae Youngmin (sooo adorable) and leader Sun (sooo mysterious) better!

Alas, the constraints of this book. It was just about 200 pages too short. Not only could I have read on, and on, and on, there is so much crammed into it, some of which could have used a little more space, namely some of the plotlines involving the secondary characters. I would have loved to see the story of the secondary couple resolved and go deeper into the situation with the bully. Additionally, I guess that was also the reason the last couple of chapters felt a little too rushed and also a tiiiny bit unrealistic – pretty much the only real point of critique I can think of.

What can I say? I had the time of my life reading this book. Just like watching a good K-drama, I was hooked and fangirled so hard. I really hope Axie Oh will write lots of books because this one instantly turned me into her fan. Now back to sifting through all that K-pop content [aka the rabbit hole] … 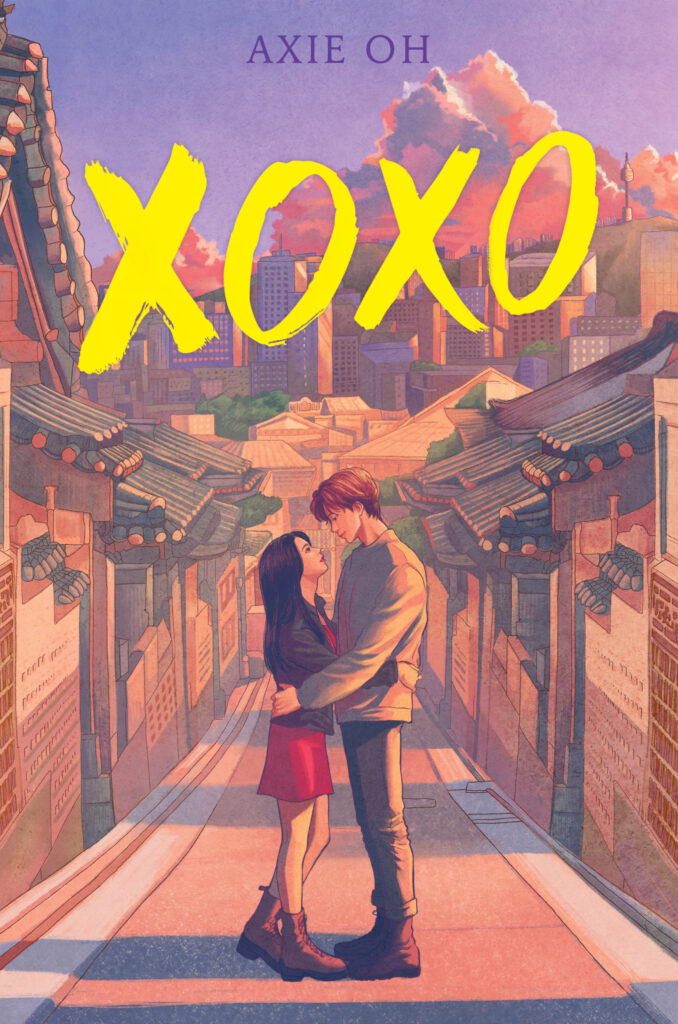