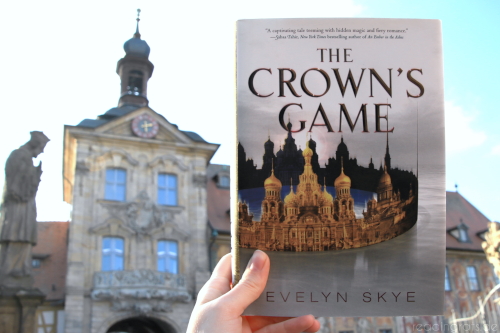 Vika Andreyeva can summon the snow and turn ash into gold. Nikolai Karimov can see through walls and conjure bridges out of thin air. They are enchanters—the only two in Russia—and with the Ottoman Empire and the Kazakhs threatening, the tsar needs a powerful enchanter by his side. And so he initiates the Crown’s Game, an ancient duel of magical skill—the greatest test an enchanter will ever know. The victor becomes the Imperial Enchanter and the tsar’s most respected adviser. The defeated is sentenced to death.

Raised on tiny Ovchinin Island her whole life, Vika is eager for the chance to show off her talent in the grand capital of Saint Petersburg. But can she kill another enchanter—even when his magic calls to her like nothing else ever has? For Nikolai, an orphan, the Crown’s Game is the chance of a lifetime. But his deadly opponent is a force to be reckoned with—beautiful, whip-smart, imaginative—and he can’t stop thinking about her.

And when Pasha, Nikolai’s best friend and heir to the throne, also starts to fall for the mysterious enchantress, Nikolai must defeat the girl they both love…or be killed himself. As long-buried secrets emerge, threatening the future of the empire, it becomes dangerously clear—the Crown’s Game is not one to lose.

If you read The Night Circus, you might want to give this a pass, because The Crown’s Game is its watered-down YA version that unfortunately doesn’t come close to the original. I really truly wish I had read these two in reverse, because then I might have enjoyed The Crown’s Game much more. It does have its merits, but overlooking the similarities is next to impossible …

Both plot and characters are for the most parts copies of their TNC counterparts: We’ve got two talented magicians, one girl, one boy, both raised by enchanters. One is talented in elemental arts, one leans more towards the mechanical side of things. They are forced into a game of proving who’s the better magician, a game that has a fixed stage and directive. A game in which they alternate performing their moves, a game that ultimately draws other people in whose fates intertwine with the two enchanters. Even though they are rivals, their magic draws them together, but time is running out.

Sounds familiar? I thought so, too. Want an example how closely they resemble each other? Nikolai has a fortune teller at his side, just like Marco. Only difference: while Isobel reads cards, Renata reads tea leaves. There’s no way I can ignore the copycattyness of it all. Which doesn’t mean the plot is bad, mind you! It’s fun. I love it! It has just been done much better before.

I do like the setting a lot. I’m a sucker for historical fantasy, especially if it’s set in Russia. There’s just something about it that fascinates me. My favourite part by far was the ball – ball scenes just get me every time -, closely followed by one of their creations. I liked reading about their working process and their art a lot. In general, their moves were beautiful and fun and thoughtful. And yet, it still could have been a teensy tiny bit lusher.

It took me quite some time to connect to the characters and there are a couple of unnecessary points of view. Of the most important ones: Vika and Nikolai I eventually fell for, Yuliana’s depiction never matched her ultimate character, and Pascha was kind of one person for most of the novel and then a completely different person for the ending. There just wasn’t any character development. It’s a tiny bit annoying when it comes to Vika and her temper tantrum; it’s absolutely unbelievable when it comes to Pascha.

The weirdest part about this novel? The zombie plotline. I kid you not and I still have no idea where it came from and whether it’s actually of greater importance. So far, all it did was set up possibilities, drop some exposition and deus-ex-machina the plot forward. It felt utterly out of place, so I’m glad there were only a handful of chapters addressing it. And yet I would have been totally fine without it.

I’m a huge fan of the ending, though. I’d probably be even more of a fan if it had taken a little more room and been the overall ending, but we’re in YA territory, so it can’t just go out with a bang. I’m nevertheless interested in where this is going and what will happen next, especially how the character relationships will develop after what came to pass. Maybe the second part will even throw off the Night-Circus-ness of it all and become its very own thing. I hope it will. 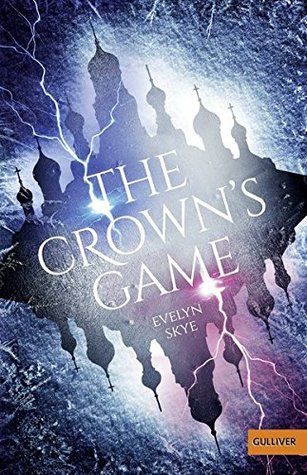