The number one reason why I love Frankfurt Book Fair (beside meeting my bookish friends, that is): the tons of books I carry home with me each year! This year, Shiku and I managed to get the first hour or so off. We started our book raid in the English hall. Thanks a million to the lovely lady of PRH, who’s fast becoming favourite international colleague of the fair. Next year I will ask her for her name and bring her a little something. She’s been making my Sunday mornings two years in a row. We also went to Scholastic, HarperCollins and that remainder seller I always forget the name of. Then we unfortunately had to split. I continued on to Fischer, Arena, and EMF and later on visited Shiku at Kosmos. 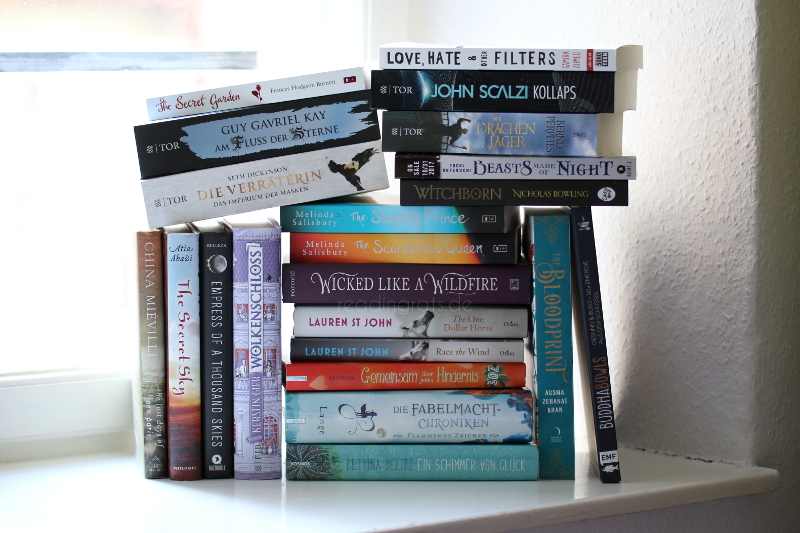 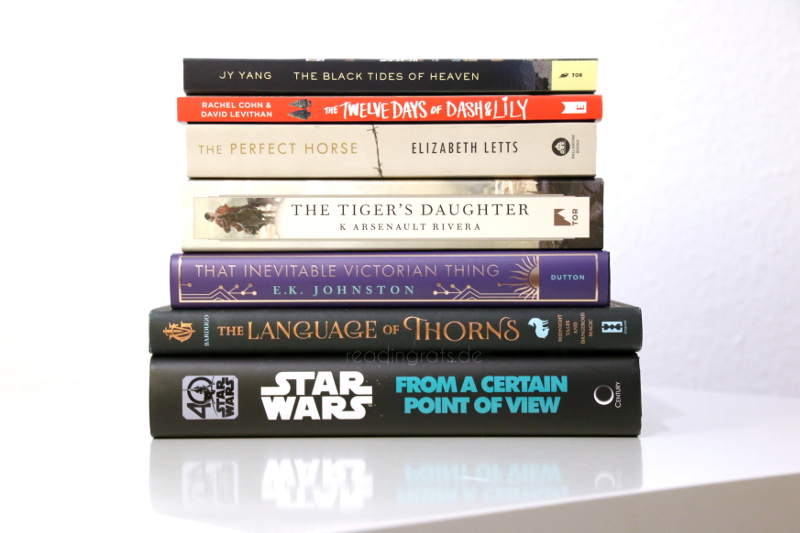