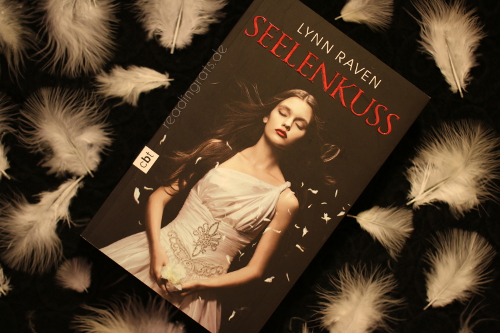 What the hell?! I’m still baffled and it hurts my soul to write this since Lynn Raven is one of my favourite authors, but in my humble opinion, this novel is a disaster! Seelenkuss reads like a first draft in need of heavy editing with a plot all over the place, characters so flat they’re almost translucent, and world building that had me scratching my head.

So, here are the issues I had with the narrative and plot: 100 pages of info dumping; trials and tribulations until the plot found its footing (including what must have been a remnant of an earlier draft that survived and had me confused because it doesn’t make sense in this version); a lack of pacing, emotional attachment to the characters, and investment in their romance. And, as silly as it might sound, this could have all been avoided if the story had been told in chronological order.

If the novel had started with Mr Love Interest on his quest, the reader would have learned all they need to know without dumping all the info at once. The reader would have gotten to know both him and Darejan under completely different circumstances and in a completely different light. This would have created much more empathy towards them resulting in rooting for them and desperately wishing them to figure it out. And with that, the plot would be straightforward, evenly paced and exciting from the very first page. Oh, and there wouldn’t have to be any memory bits that always disrupted my reading flow.

The Characters or Who Are You Exactly and What’s Your Point?

When I think of Cassim, Lijanas, and Luce, I have a very vivid image in my head. They were strong, taking no nonsense. They were survivors. They had an occupation. They had hopes and dreams. They had a personal history. Unfortunately, Darejan is a princess without much else to her than magic powers she can’t use for most of the novel. She’s actually positively useless most of the time, which is reflected in the way she acts and behaves, being utterly irritating. Equally flat is Mr Love Interest. His background is actually pretty cool and he could be one of those dark mysterious guys (you know, the ones I love so much) if he wouldn’t have lost his memory for 95% of the novel. How am I supposed to get to know someone who doesn’t even know anything about himself? How am I supposed to warm up to him? To ship it?

And then there are the secondary characters. They tend to be sparse in Lynn’s books (since they’re often mostly cannon fodder) but so far, they had been vivid. They had tasks to fulfil other than dying at some point. Oh, and they also had much more page time. In this novel, there were just so many of them and they all disappeared so quickly. I’m writing this section about two months after I read the novel and except for the healer girl and the rescue guy, I can’t remember any of them, and even these two are really vague. It would have been much nicer if the cast had been reduced and the remaining secondary characters fleshed out and give a proper reason to exist.

What I found quite puzzling were the allocation and distribution of point of view chapters. Although Darejan is the main character, there were a lot of Réfen chapters in the beginning. I could have lived with that if Réfen’s only point hadn’t been to drop said info, being almost completely cut after the first 100 pages. Mr Love Interest on the other hand had far too few chapters, which made it particularly hard to warm up to him since he was rather frosty.

The World Building or Lijanas? Mordan? Is It You Hiding Behind That Tree?

I have a confession: throughout this novel, I was confused because this world and the magic system resemble the ones from Der Kuss des Kjer so much, I thought they might be one and the same, just different parts and/or time periods. However, they weren’t – at least that’s what I settled for in the end. Like I said, there are so many parallels between elements that seemed alike but not quite, I was scratching my head a lot. I wouldn’t really mind the similarities if I knew for sure where exactly I was.

One of the things I love dearly about Lynn Raven’s novels is her style. Always ornate, detailed, poetic, and so descriptive, her worlds immediately come to life in my mind. I love the flourishes and embellishments that can be found throughout her work. Actually, I just want to crawl inside the pages and live in her worlds. For most parts, Seelenkuss was no exception here. Unfortunately, I just couldn’t truly lose myself in it because all the aforementioned issues threw me off. And yet, it made this novel endlessly more bearable, although it couldn’t redeem it.

In Conclusion or Mourning a Potential Masterpiece

Throughout reading this novel, I could glimpse its potential flickering through the branches of a rampant narration and plot, translucent characters, and a comparatively weak but nevertheless fascinating world building. However, this novel turned out very differently from what I’d call exploiting its potential. This could have been a young adult high fantasy romance novel to my liking. Alas, it shouldn’t be. 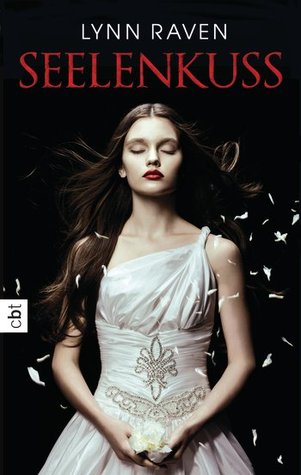