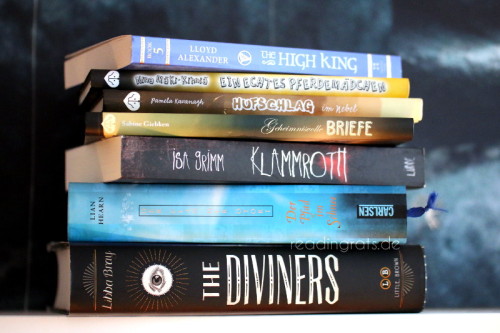 July was kind of awful. Between trying not to melt, studying for my exam and writing my term paper aka analysing the catalogue pages of 345 titles – don’t do that, not ever! You won’t want to look at new releases ever again – I didn’t get much reading done.

Well, I’m slowly but steadily getting back to Ellie-sized book hauls. A girl can only do so much before giving in to her craving for buying books she can’t afford. But I’ve got a job now, so …