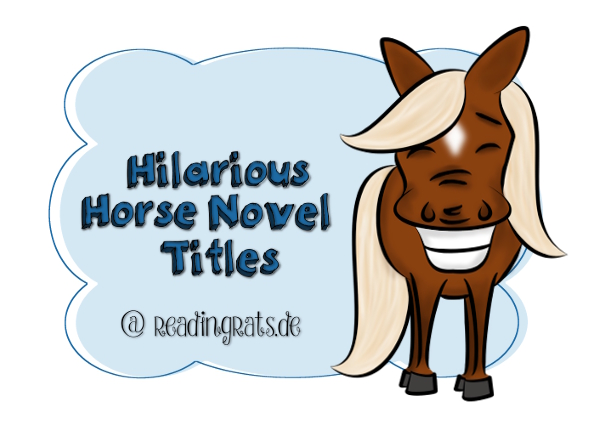 Hilarious Horse Novel Titles is a feature revolving around the silly book titles
of my considerable horse novel collection.

Joanna Campbell’s world of thoroughbred racing is one of my horse novel favourites. Both the Ashleigh [Aileen] as well as the Thoroughbred [Vollblut] series (and its specials) have a special place in my heart. They’re the reason I started working on my English skills: I was way to curious to wait till the German publisher translated the books, I just had to know what was going to happen. There was a great fan page back in the days with profiles of the horses, characters, authors and tonnes and tonnes of trivia (since the books were later on written by a rotating panel of authors, the mistakes, character transformations, et al. were numerous). I spent hours translating it all. I also became so mesmerised by the world of American thoroughbred racing that I wrote my A-level research paper on the Sport of the Kings. So far, I read all 15 Ashleigh novels, 1 of the 4 special editions and 38 of the 72 Thoroughbred novels, although I own considerably more.

The following contains short but partially spoilery content summaries. Proceed with caution – if you still want to read the books. Which most of you don’t, so just ignore this. 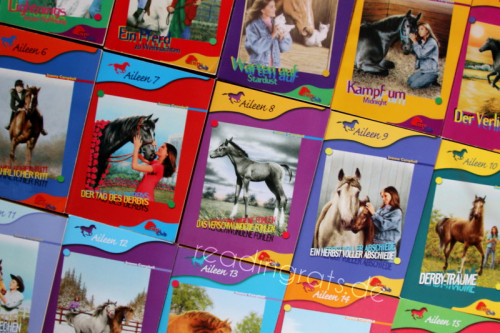 The Ashleigh series is a spin-off of the Thoroughbred series and is set prior to the events of the first Thoroughbred novel. It’s written in a time bubble, so Ashleigh & Co. never age although they celebrate multiple Thanksgivings/Christmases/etc. Trivia: In both series, Ashleigh’s name was ‘translated’ to Aileen in the German editions, probably because no child would have known how to pronounce it. I can imagine how I’d have butchered it – along the same lines I butchered the Harry Potter names.

Since this is the first post: Do you like the format? Any kind of critique and ideas are welcome.
What’s the silliest title of the bunch? What did you think the books were about when reading the titles?
Share with: