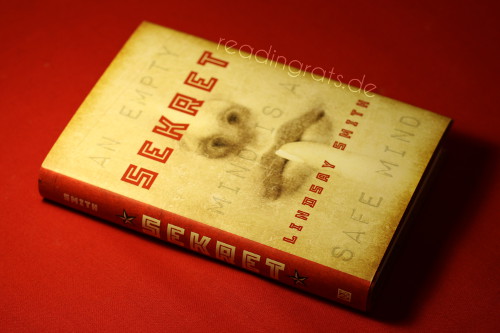 An empty mind is a safe mind.

Yulia knows she must hide her thoughts and control her emotions to survive in Communist Russia. But if she sometimes manipulates the black market traders by reading their thoughts when she touches their skin, so what? Anything to help her survive.Russia’s powerful spy agency, the KGB, is recruiting young people with mind-reading capabilities for their psychic espionage program. Their mission: protect the Soviet space program from American CIA spies. Why shouldn’t the KGB use any means necessary to make the young psychic cooperate? Anything to beat the American capitalist scum to the moon.

Yulia is a survivor. She won’t be controlled by the KGB, who want to harness her abilities for the State with no regard for her own hopes and dreams. She won’t let handsome Sergei plan her life as a member of elite Soviet society, or allow brooding Valentin to consume her with his dangerous mind and even more dangerous ideas. And she certainly won’t become the next victim of the powerful American spy who can scrub a brain raw—and seems to be targeting Yulia.

Let me tell you: it’s not as exciting as it sounds. Quite the opposite, in fact. One would think that a book with such a premise – the X-men under a vicious Professor X on a mission to protect a secret space programme set in the historical dystopia of Communist Russia  – would be thrilling and utterly nerve-wracking. Unfortunately, that’s not the case. What I got was a great idea weakly executed with flat characters, a forseeable twist, and a writing style and tempo that bored me to death. It speaks volumes that I rejoiced upon finishing it after an eight months hiatus. Maybe I just shouldn’t have picked it up again.

It’s not all bad, mind you. I really enjoyed the idea; the uncanny and yet so very real dystopia that is Communist Russia coupled with a government agency of psychics forced to use their powers but hunted by one of their own. I liked the beginning; I was drawn into this world and hungered to find out more about the abilities, the mission, the characters. I could even live with the romance; a love triangle handled really well that never truly felt like one at all.

But after about a 100 pages, I lost interest. It’s not as if nothing’s happening. There are escape plans, missions, and the daily struggle to keep one’s mind empty, to never attract unwanted attention. This should have the reader on their toes, instead, everything happens so quickly and is dealt with in just a couple of sentences that the missions are over before I realised someone was in actual danger. I just never felt the action. It didn’t help that I foresaw the plot twist 200 pages before it came along.

The characters are not particularly fleshed out. I could give each one a lable that would cover almost all of their character traits. Unfortunately, this means that there is next to no character development. Granted, everyone has their secrets and some are revealed, but they are told, not shown. Although they do provide a little more depth, it does not influence the characters’ behaviours. Therefore, I didn’t get emotionally invested. I didn’t care what happened to them. And I’ve not the slightest interest in finding out what will happen to them in the sequel.