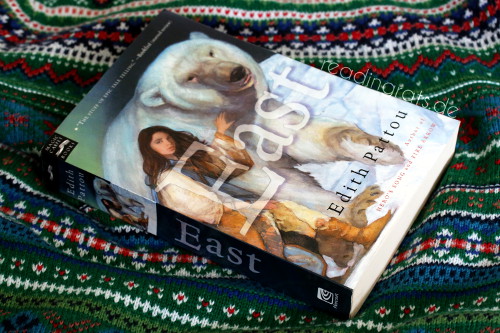 Rose has always been different.

Since the day she was born, it was clear she had a special fate. Her superstitious mother keeps the unusual circumstances of Rose’s birth a secret, hoping to prevent her adventurous daughter from leaving home… but she can’t suppress Rose’s true nature forever.

So when an enormous white bear shows up one cold autumn evening and asks teenage Rose to come away with it– in exchange for health and prosperity for her ailing family– she readily agrees.

Rose travels on the bear’s broad back to a distant and empty castle, where she is nightly joined by a mysterious stranger. In discovering his identity, she loses her heart– and finds her purpose– and realizes her journey has only just begun.

Have you ever heard of the Norwegian folk tale “East of the Sun and West of the Moon”? No? Well, me neither – until I read this wonderful retelling which is truly a fairytale in itself. But how could something based on a story with one of the most beautiful titles I ever heard be anything else but magical? To describe East in as little words as possible, I’d say it’s Beauty and the Beast plus trolls – and wind roses and mapmakers, superstition and prophecy, weaving, sewing and magical dresses, a castle inside a mountain, a light that should not have been lit, and a long and rocky journey to a palace in an icy barren land east of the sun and west of the moon.

Set in the 16th century, this is a retelling like no other. It has this special feeling of an old, established fairytale. The narrative is detailed and serene, weeks and months pass while many things happen, yet it seems as if nothing happens at all. The focus often lies on the smaller things; Rose’s love and talent for producing and working cloth, the game of learning each other’s language, the many details of a long and difficult journey. Rose’s fate is like that of many a fairytale heroine: there’s a secret about her, a destiny that will call her away; she is tested and fails, causing her to set out to make it right. She has to endure hardship, facing many twists and turns on her long journey. The part of losing her heart, which is promised in the blurb, is much more subtle and fairytalesque than it sounds, staying in the background for much of the novel.

Although Rose carries most parts of the narration, her father and her brother as well as the white bear and the troll queen get a chance to speak, contributing their perspectives to the tale, filling in some of the blanks. Yet it is Tuki, who has become my favourite character. Sweet simple, lovable Tuki, who has been such a joy to read about. Then there are Sofi and Estelle, the drunkard captain Thor and the Inuit shaman Malmo who all help Rose on her journey north.

As much as I loved the tale – and I came close to giving it five out of five –, there were parts that turned out to be a little too slow even for my taste. If you are looking for a swift and exiting story, you’d better go looking elsewhere. But if you want to be swept away by the magical beauty of an unusual fairytale, then I would highly recommend checking it out. 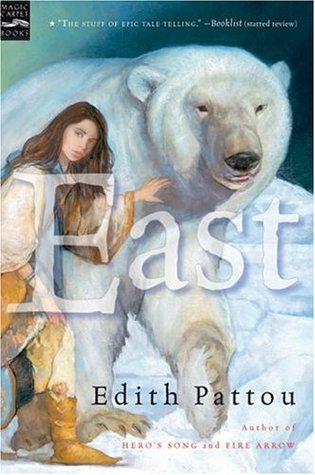 Edith Pattou, Historical Fantasy, Rating: 4, Standalone, YA
« Confessions of an Addict: My TBR Pile
Monday Question: Getting Books as a Present? »