Who needs wrap-ups when one can have newbie posts, right? Riiiight? [The wrap-ups are coming. Winterish.] Truth be told, I wouldn’t be surprised if most of you are already pretty annoyed by my excessive purchase behaviour and these posts. I kind of feel like one of those BookTubers who have massive book hauls every (other) week or so, bragging about their new pretty books without ever reading them. I just realised that’s pretty much me – only I write monthly posts.

It’s just that at some point in the last couple of years, I turned from being an obsessive reader into an obsessive collector. I neither suddenly dislike reading – it’s still the hobby I spend the most time on – nor did I just start collecting books out of the blue – it’s been going on pretty much since I started reading. However, a couple of days back when I went on a book buying spree because I hadn’t gotten a single book so far this month, I had an enlightening exchange. Over dinner, I mentioned that I had been doing my favourite thing. My Dad immediately asked me, whether I had been reading. I was really surprised at myself. For basically most of my life, my favourite pastime had been reading. I’m still not sure whether I’m comfortable with both my word choice and its subtext. I hope it was just the heat of the moment.

Anyways, let me start bragging about the books I probably won’t be reading in a very long time … 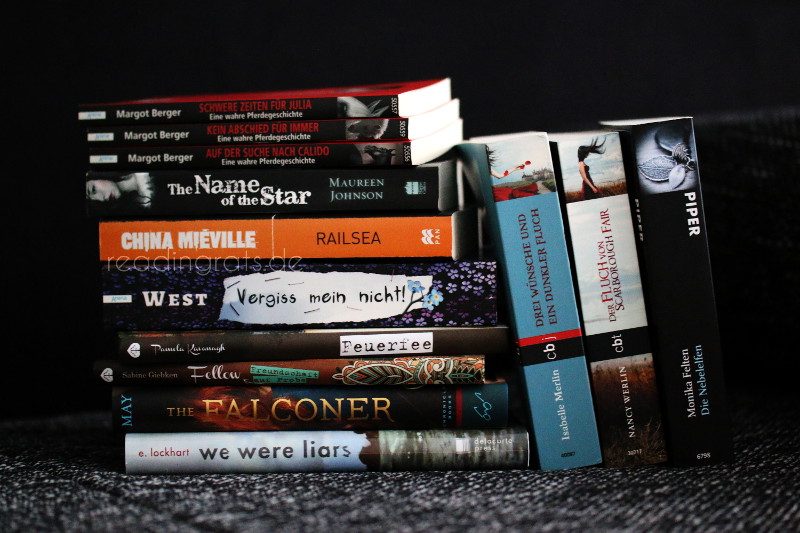