Hello everyone! Before I can start reading today, I have to write a couple of important emails and get a little cleaning done. I hope to finish these wearysome tasks in the next couple of hours so that I can start around 14:00 with my read for the day, which is The Thousand-Dollar Tan Line, the first Veronica Mars novel. More on that later. Toodles! 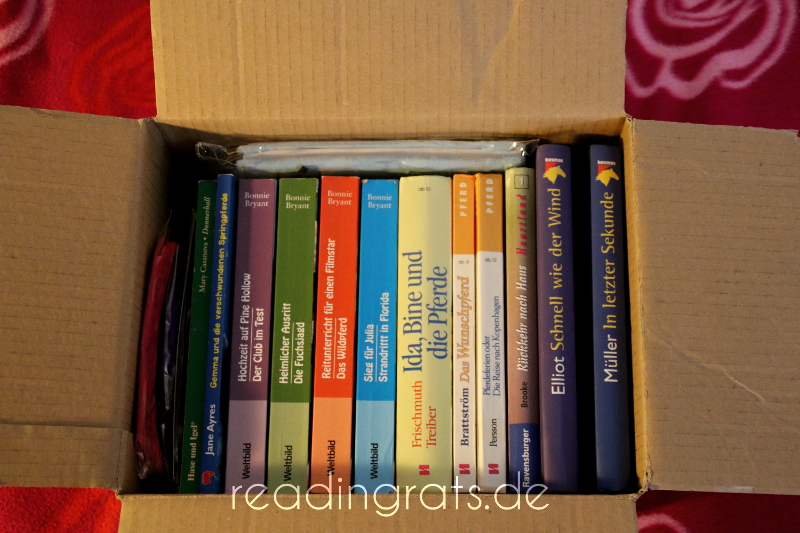 It doesn’t always work out as planned. Although I wrote my emails, I got held up with the cleaning. Instead, I made up this package – a good deed in the making! I’m going to take it to the post office this afternoon, so I’ll have a little less time to read, but that’s alright. If you want to know more about the package, just follow the link.

But now I’m really going to tidy up my room. Let’s start with getting all of these books off the floor. I just don’t know, where else to put them. All of my shelves are pretty packed already. 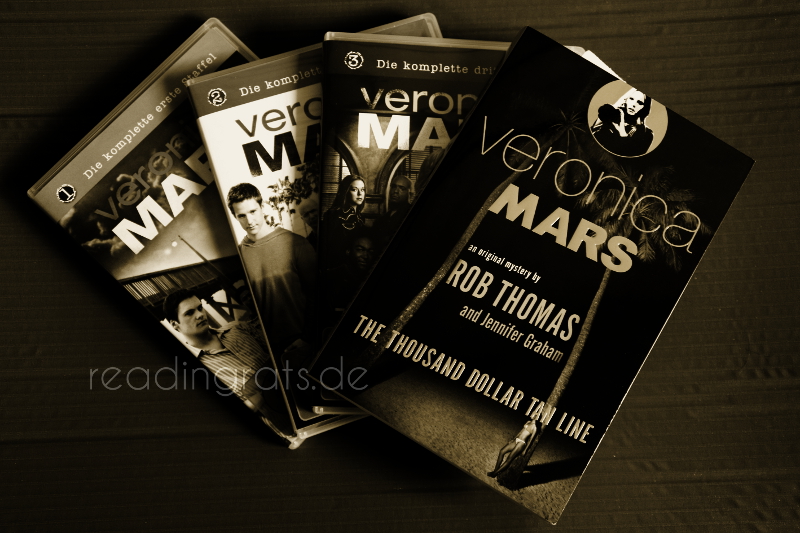 I’m done cleaning. Not really, but I just say so. I just want to curl up in my bed and read, so that’s what I’m going to do. I decided to finish the Veronica Mars novel today. In case you don’t know, Veronica Mars was originally a TV series that followed the title character solving crimes in her hometown – at least, that’s the short form. Veronica belonged to the popular gang in school until her best friend was murdered and her father, the sheriff, accused said friend’s father to be the killer. He was proven wrong, lost his job and Veronica became an outcast. She is helping her father with his private detective career and solves whatever crime is thrown her way, however, her ultimate goal is to investigate her friend’s murder since she does not believe that the sheriff’s department has arrested the right guy. And that’s just the first season. The series is totally awesome and I marathoned the whole three season in just about three weeks. I highly recommend checking it out. Unfortunately, the series was cancelled after the third season but the cast and crew were so invested that they made a sequel movie with kickstarter funds that just came out in March. This novel is the sequel to the movie. Oh, and Team Logan ftw!

Today’s just not my day. All I read so far are meagre 120 pages. I love this novel and it’s thrilling and so very vivid since one basically knows how everything and everyone looks from the TV show and the movie and I hear their voices in my head speaking their parts. It’s great. I’m just not feeling very well today. I’m incredibly worn out and even dozed off this afternoon. I’m going to try to read a couple more chapters but I’m going to have to postpone the blog round until tomorrow morning.