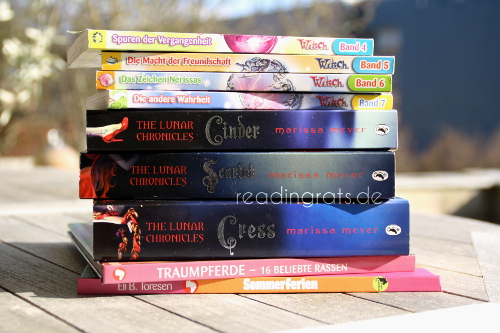 The first seventeen days of February were completely spent on my bachelor thesis. You have no idea how great I felt when I handed it in on the 17th. I hadn’t picked up a real novel in a little over a month because I was too afraid I would procrastinate by reading. However, I wasn’t able to read as much in the following days since I had a couple of other things going on. I visited my friends to help them repaint their flat before moving out, had to sew my sister a Little Red Ridinghood cape for carnival, and get a lot of things sorted out. 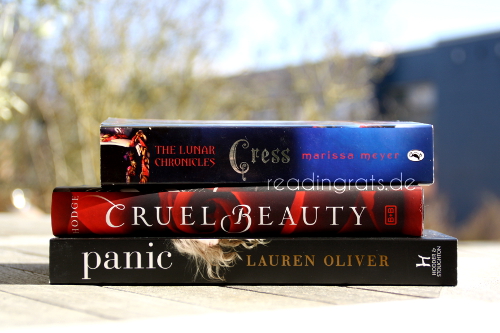 I’m so frustrated! I stayed true to the book-buying ban, this month’s extra challenge in the TBR Reduction Challenge, but it was all for nothing! Due to my bachelor thesis, I wasn’t able to achieve my goal of reducing my TBR by 2. In case you’re wondering how’s that since I mentioned six first-reads above and only three newbies here, I only include novels I own in the count. Gnah, it sucks! So much that I went a liiiiittle crazy in March. But that’s another story …