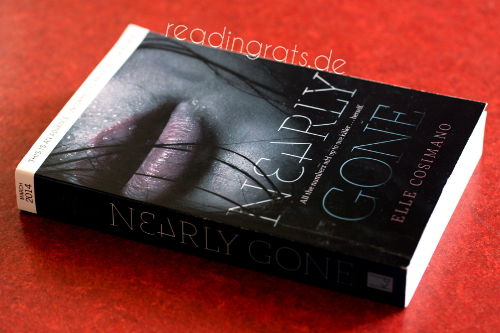 Thanks to Penguin & Kathy Dawson Books for providing an ARC of this novel.

Bones meets Fringe in a big, dark, scary, brilliantly-plotted urban thriller that will leave you guessing until the very end.

Nearly Boswell knows how to keep secrets. Living in a DC trailer park, she knows better than to share anything that would make her a target with her classmates. Like her mother’s job as an exotic dancer, her obsession with the personal ads, and especially the emotions she can taste when she brushes against someone’s skin. But when a serial killer goes on a killing spree and starts attacking students, leaving cryptic ads in the newspaper that only Nearly can decipher, she confides in the one person she shouldn’t trust: the new guy at school—a reformed bad boy working undercover for the police, doing surveillance . . . on her.

Nearly might be the one person who can put all the clues together, and if she doesn’t figure it all out soon—she’ll be next.

I really, truly tried to like this novel but unfortunately this is one of those that have a great premise but fall utterly short of my expectations. A sciencey murder mystery with a paranormal element? Well, that totally could have been awesome! However, it just didn’t work out for me; in other words, the pieces of the puzzle that should have added up to an awesome story didn’t link:

Piece #1: The Murder Mystery
If you follow me on Goodreads, you might have noticed that I’m a sucker for riddles and mysteries, always looking for clues, always trying to decipher the plot. Sounds like I should have had fun with a murder mystery, right? Unfortunately, the novel failed to thrill me enough to have me glued to the pages trying to figure out what’s going on. The suspense was just missing, probably because there was too much going on and, as a consequence, too many subplots fell short. It does add up to a bigger picture, it’s just that it felt as if the pieces weren’t thoroughly connected.

Piece #2: The Paranormal Element
I have no idea why this special gift of Nearly’s even made it into the novel. It is completely redundant and with a few small alterations, the novel would work just fine without it. I mean, come on! It’s pretty annoying to be able to feel another person’s emotion just by touching her but it totally comes in handy when having to find a serial killer – well, it would, if you would actually use your powers. Instead, Nearly has this no touching policy, which is so not helpful in her case. Even when she actually – more or less willingly – applies her powers, she just doesn’t act on what she finds out.

Piece #3: The Characters
Many of the issues I had with this novel come down to the characters. It’s a murder mystery, therefore, the cast is quite large since you need a whole bunch of suspects and victims. Unfortunately, more or less all of the characters were superficial and disposable. The victims were often introduced only a couple of pages before they kicked the bucket and since the pattern is revealed early on, there’s not much room for suspense. How am I supposed to care whether they live or die if I have no idea who they are? Even the more prominent secondary characters are flat and I never got invested in them. It’s truly a shame because there were a couple that could have been awesome and interesting characters. Anh, for example, or Jeremy, Gena, and Oleksa. However, there was not even a single scene in which Nearly and Anh meet outside of school to do something teenage girls would do – that’s how much you get to know some of the more important characters.

Each of the pieces has its flaws; metaphorically speaking, their outies have been cut off. You can still place the parts next to each other to form the bigger picture. However, the result is disjointed  and incomplete – and that’s exactly how this novel felt to me. 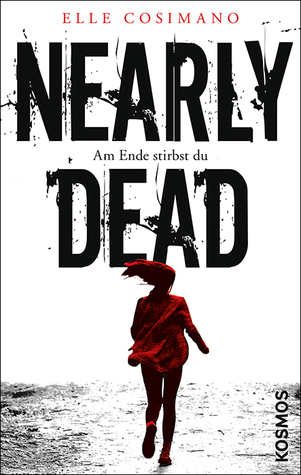